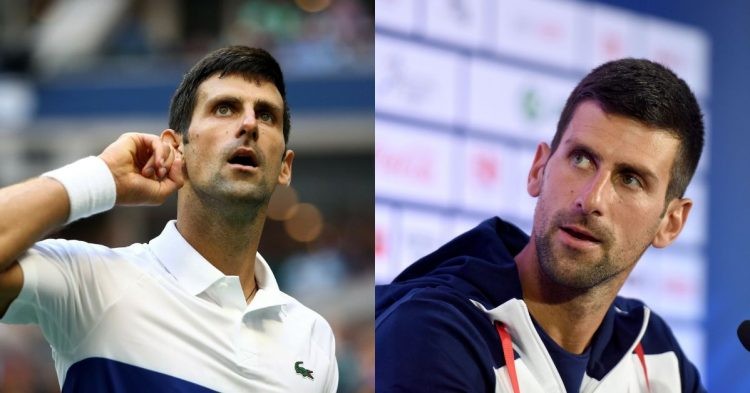 Novak Djokovic won’t be part of the US Open as he is unvaccinated and has refused to take the vaccine. As per the policy of the US at the moment, foreigners who aren’t vaccinated are not allowed inside the country. However, many fans think that the rule is unfair to Djokovic who is the favorite to win the tournament.

A petition to allow Djokovic to play at the U.S. Open is nearing 10,000 signatures.https://t.co/bXDxLp0nbX

Taking the fight online, a Djoker fan has started an online petition on Change.org to allow Djokovic to play in the US Open. As of now, 11,000 people have signed the petition and many more are joining the cause in the website.

The description of the petition read, “There is absolutely no reason at this stage of the pandemic to not allow Djokovic to play at the US Open 2022. US Government and USTA must work together to allow him to play. If unvaccinated American players can play, Djokovic as one of the legends of the game must be allowed to play.”

2022 has been a rollercoaster ride for Novak Djokovic. His stand on vaccination brought him a lot of trouble but he stood his ground no matter what. Days before the Australian Open, he was deported back to Serbia after refusing to get vaccinated.

After not playing in the Australian Open, his French Open campaign saw an early end when he lost to Rafael Nadal in the quarterfinal. All hopes were pinned on Wimbledon and Djokovic delivered. He played many high-pressure matches and lifted his 7th Wimbledon and 21st grand slam.

Djokovic has been very firm about not taking the vaccine. Like any other person, he has the right to choose what he wants to inject into his body. However, many countries have banned the entry of unvaccinated foreigners due to the threat of COVID.

Even if the campaign manages to gain more signatures, it will not have any effect on the policy of the US government. However, it shows that many fans are behind Djokovic and are supporting him for the injustice against him.