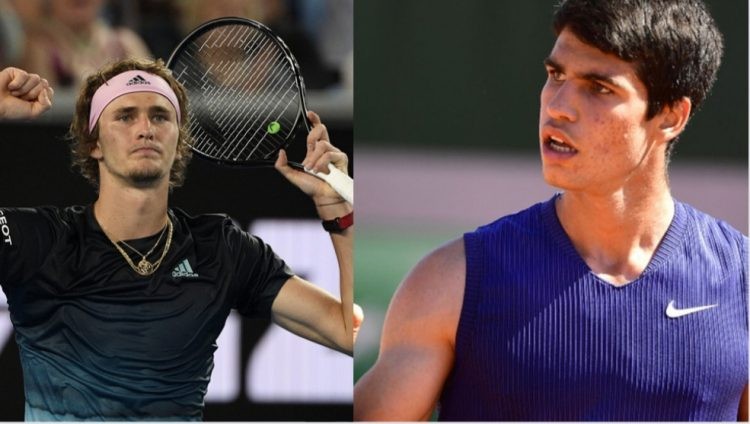 Carlos Alcaraz opened the match immediately trying to impose his brand of high-octave tennis. However despite his intensity, his timing was completely off. There were unforced errors from his forehand and backhand alike.

Alexander Zverev played an extremely solid game. He took in Alcaraz’s inside-out forehand with his own backhand. Amazingly his play did not concede a single unforced error for two and a half sets. He served well, he pressed when needed and his second serve and forehand, held up.

Third seed, Alexander Zverev defeated Carlos Alcaraz in 3 hours and 16 minutes. Zverev’s game quickly frustrated young Carlos. He pushed the Spaniard in playing big shots too early and he tried to play serve-and-volley on break points both times he was broken in the first two sets. In the third set Alcaraz reeled off a string of winners and deployed 10 drop shots.

As per Indian Express Sascha was losing a lot in the Grand Slam quarter-finals. It is Zverev’s first win over a top-10 opponent in a Grand Slam tournament. He reached the semi-finals in Paris for the second consecutive year and beat a top-ten player at a Slam for the first time at the 12th attempt.

What a performance (and match!). pic.twitter.com/zQLuBTuMGI

Before the match Sascha expressed his frustration at only playing on Court Philippe-Chatrier twice in his first four matches. While the 6th seed had been given the main stage for all his matches.

Alcaraz is the youngest man in the French Open quarter-final since Novak Djokovic in 2006 and he was bidding to become the youngest semi-finalist since Rafa Nadal in 2005.

Carlos Alcaraz entered the match boasting a 32-3 record this year with a tour-leading four titles. However, the Spaniard made 16 unforced errors in the first set, when Zverev broke in the 5th game. He then broke Alcaraz in the 7th game of the second set.

After the match, Alexander Zverev gave his thoughts on the match. He said, “I knew I had to play my best tennis today and I’m happy I did. I told him at the net he will win this a lot of times, I just hope I win it before he starts.”