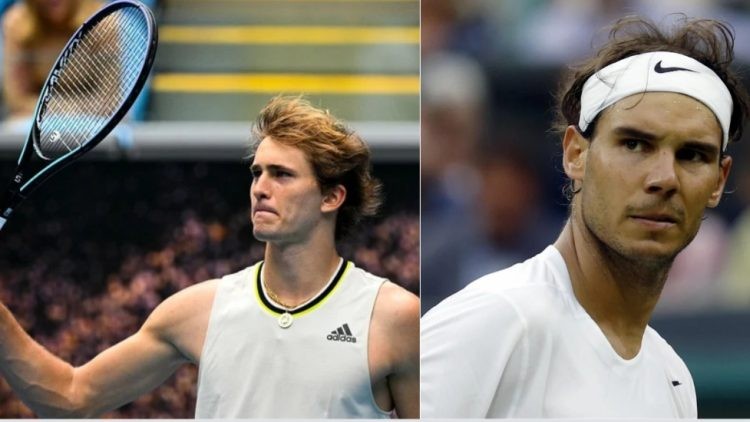 Rafael Nadal reached his 14th French Open final after Alexander Zverev quit their semi-final match – suffering a horror right ankle injury. Sascha left the court in a wheelchair due to turning his ankle trailing 7-6 (10/8), 6-6 after more than three hours of play.

Carried out from the court by the medics, the German returned to the court on crutches and conceded the match.

Nadal said, “It’s very tough and very sad for him. He was playing an unbelievable tournament and he’s a very good colleague on the tour. I know how much he’s fighting to win a Grand Slam. For the moment, he was very unlucky. I’m sure he’ll win not one, but much more than one. I wish him all the best.”

He added, “It had been a super tough match. Over three hours and we didn’t even finish the second set. It’s one of the biggest challenges on the tour when he’s playing like he did today.”

Alexander Zverev beat Carlos Alcaraz in a four-set clash to secure a French Open semi-final match with Rafael Nadal. He claimed a 6-4, 6-4, 4-6, 7-6 (9/7) victory over teenage Spanish sensation Alcaraz after 3 hours and 18 minutes. Sascha came in as an underdog and won the match at Court Philippe Chatrier.

After playing for a little more than 3 grueling hours against Rafa, Alexander Zverev twisted his ankle and fell down with an agonising cry. He used a wheelchair to move out of the court.

Rafael Nadal stayed with him and shared a  heartfelt message for Zverev. He said, “For me, to be in the final of Roland Garros is a dream, without a doubt, but at the same time, for it to finish that way… I have been there in the small room with Sascha and to see him crying like that – I wish him all the best.”

Sascha could not do a post-match press conference due to injury needing immediate attention. However, he gave an update through his Instagram stories. He said, “Very difficult moment for me today on the court. Obviously still a fantastic match with happened what happened. Looks like I have a very serious injury but the medical team and doctors are still checking on it and we’ll keep you updated. Will let you know as soon as we know more.”

.@AlexZverev shares an update after a "very serious injury" that occurred during his semi-final match in Paris.#RolandGarros pic.twitter.com/1axAJqwxNf

He added, “I want to congratulate Rafa obviously, on an incredible achievement – 14th final. Hopefully he can go all the way and make some more history. Not an easy moment for me today. I’ll keep everybody updated.”