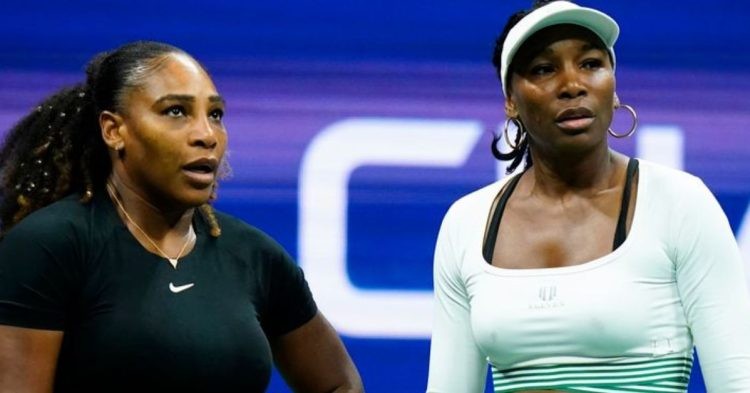 In light of the recent updates to the upcoming Australian Open, popular tennis star Venus Williams while addressing her withdrawal from the championship underwent a blunder by a famous magazine where a mix-up of Serena Williams’s photo instead of hers made the headlines.

The magazine while covering the topic “Venus Williams withdraws from 2023 Australian Open due to injury,” talked about how Venus has withdrawn from the Melbourne championship due to an injury, remained at bay with its content but inserted Serena’s image instead of Venus’s, leaving husband Alexis Ohanian disappointed whilst sending fans into a frenzy.

Following the publication disaster of the magazine, many celebrities and fans including Serena Williams’s husband Alexis Ohanian have marked such a debacle as a pure taste of disrespect and dishonor towards the American icon.

Former world no. 1 and 2003 US Open champion Andy Roddick also took to Twitter to address and mock the publication mix-up involving the Williams sisters.

Alexis, in reaction to the magazine fiasco with Venus Williams debacle, portrayed his current mood by tweeting emoji reactions for the same.

Fans, staying affirmed on the same side of the coin have also viewed and marked this as an utter lack of checks and failures at multiple steps amongst the magazine’s publications.

@people Shameful that your "people" don't know the people they are covering. A picture of Serena Williams accompanying a story on Venus Williams withdrawing from the Aussie Open!! How the hell do your employees/editors make so many mistakes? Crappy publication!👎

Blatant disrespect at this point. Bless their hearts

Why has Venus Williams withdrawn from the Australian Open?

Seven-time Grand Slam champion Venus Williams, after sustaining an injury has reportedly withdrawn her name from the Australian Open 2022 main draw which she was granted access to through a wildcard entry.

After enduring a severe injury she entangled herself in while performing in the ASB Classic tournament in Auckland, Venus Williams won’t be participating in the Australia Open 2023. She has reached the finals of the Grand Slam twice in her career, losing to her sister Serena Williams on both occasions.

Venus Williams has withdrawn from the Australian Open due to an injury sustained at the ASB Classic in New Zealand.

Australia’s Kim Birrell will be awarded her wildcard place.

The Australian Open is set to blow the whistle on January 16th and has already carved up two of the most famous players’ withdrawals from it, the other player being Naomi Osaka who although remains a two-time champion of the Melbourne slam will unfortunately not be heeding any part in it for this season.

Serena Williams has kept herself incredibly busy since leaving competitive tennis, but that doesn’t mean she’s not taking time for a little therapeutic massage treatment for herself with her daughter Olympia.

In a recent Instagram post, that meant getting some muscle treatment with Olympia Ohanian, tucked under her arm. “Whenever I get treatment @olympiaohanian wants to be there too. So cute,” Williams captioned the photo, in which both mom and daughter look about ready to doze off.