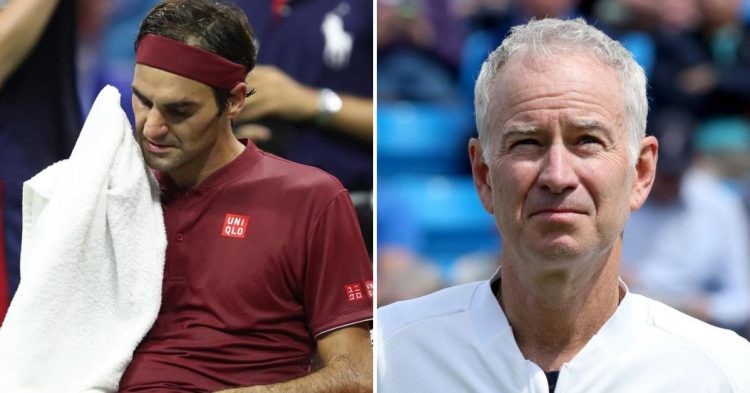 John McEnroe has been a long-time admirer of Roger Federer and he has always been vocal about it. Federer has been away from the sport for almost a year now and tennis fans are starting to miss him. The Swiss legend is all set to make his comeback at the Laver Cup which is scheduled to take place in September.

With the 20-time grand slam champion making a comeback in the coming months. McEnroe gave his analysis of Federer’s return to court. As per McEnroe, Federer will have a tough time making a comeback considering he is 40 years old.

Moreover, if Federer fails to play like his old self it would be an easy ride for his opponents. As per Tennis World, McEnroe said, “An 80% Roger would not be enough to get competitive again at his age. We found out with Andy Murray, who didn’t get results worthy of his name.”

Federer is known for the grace with which he plays tennis. It often feels like he is dancing swiftly on the court while his opponents struggle to keep up with his game. McEnroe also praised Federer and called him the most elegant player in the history of the sport.

Furthermore, he said, “Roger is the most elegant player I have ever seen on a tennis court. As a lover of the sport, I don’t see the ‘now that you are back in. If he wants to get back in the game, he has every right to do so and no one can challenge his decision.”

Federer fans very well know that the all-time great has reached the tail end of his career. It won’t be long before the Swiss maestro breaks the heart of his fans by announcing his retirement. However, one can expect him to play for another year as he expressed his desire to play Wimbledon one last time. Federer is currently training hard to make a timely comeback this year.