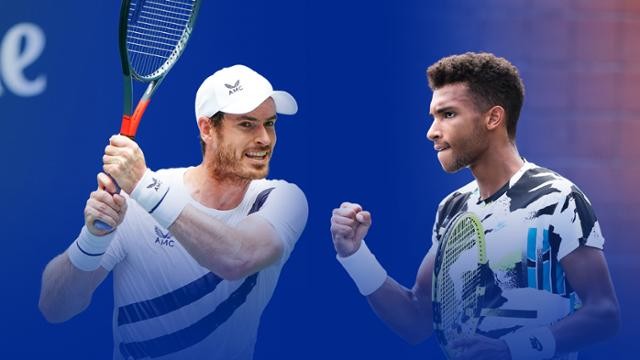 Former world number 1 Andy Murray was knocked out in a dominating manner by Felix Auger Aliassime. This particular match ended Andy Murray’s bid to secure a title and end his title drought ever since he underwent surgeries to get through his injuries.

The Canadian tennis star Felix Auger Aliassime seemed to be in control the entire time in the match and defeated the Brit through straight sets. The serves being made by Andy Murray seemed unstable and indecisive in nature since he lost out on a lot of points over there.

The 21-year-old Canadian is slated to face Cameroon Noorie, another Briton in the third round of the Rotterdam Open. In the opening set itself, Felix took a 4-0 lead which basically rattled his opponent and it seemed impossible for Murray to recover from that.

It was very clear that the former world number 1 was frustrated by his performance since he smashed his racket after his serve was broken and he lost points.

Felix was clearly in his mojo as defeating the former world number 1 is definitely not easy considering the amount of experience he holds in professional tennis. However, despite the heat of the moment, Felix kept his cool and made sure that the pressure didn’t take control of his performances in the match, and then went on to win in straight sets. The fashionable win came in light of strong performances by Andy Murray in the previous rounds.

“From the start of the match I came ready and focused and that was why I was able to produce a high level from the first point,”

“I watched him (Murray) play numerous times so I know how good he could play when he was number one in the world, not so long ago. He doesn’t miss a lot of balls – I really hope he can keep playing well and get back to where he belongs.”

“He made me bring out my best tennis and I am really happy with the way I played and that I was able to stay ahead. [To] win in straight sets is a great relief.”

It is disheartening to see such as abrupt end for Andy Murray in his first title tournament of 2022. We can only hope that things get better from here for him considering that he was opted out of the French Open as well in order to prepare better for Wimbledon.