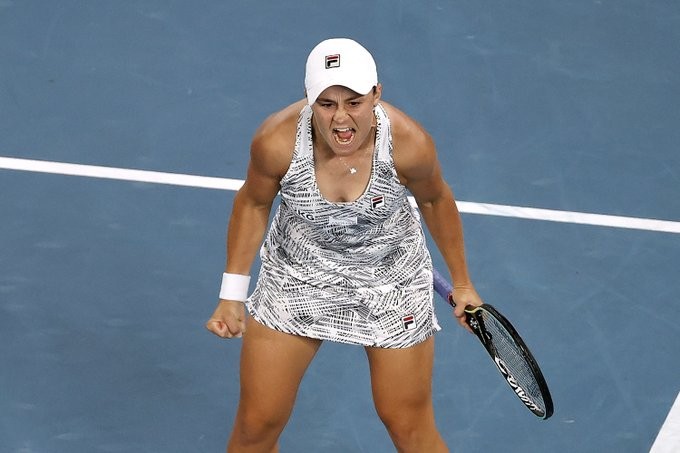 Ashleigh Barty ended Australia’s 44-year wait for a home winner at the Australian Open. She defeated American player, Danielle Collins to complete a 6-3 7-6(2) win on Saturday and pick up her 3rd Grand Slam title.

O’Neil was present in the stands and was cheering with the crowd as the Rod Laver Arena erupted with joy when Barty won the title.

Ashleigh fought back from 5-1 down in the second set to stage a win on the Rod Laver Arena. She won the title without dropping a set in Melbourne on Saturday. 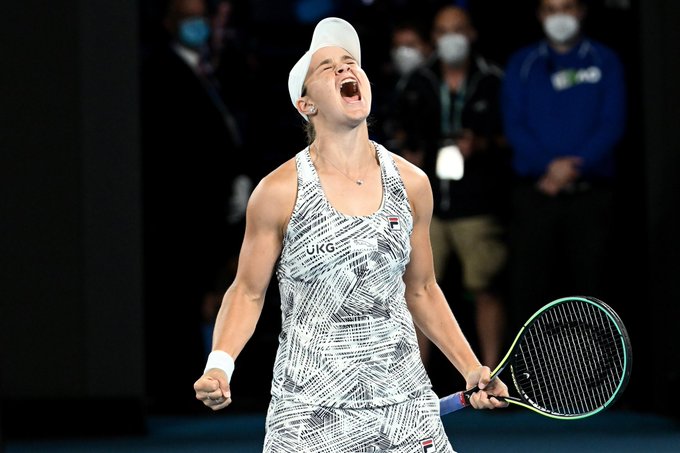 In the on-court interview Barty said, “This is a dream come true for me. I am so proud of being Aussie. As an Aussie, the most important part of this tournament has been being able to share this experience with the fans.”

“You guys have been nothing short of exceptional.”

She appreciated the support from the home crowd. She said, “This crowd is one of the most fun I’ve played in front of.”

Ash addressed the crowd and said, “You relaxed me and forced me to play my best tennis. Thank you.”

Support Galore For World No.1, Barty

A crowd of 12,000 was present in the Rod Laver Arena in Melbourne. The crowd’s support was deafening as they watched on as Barty brought the title home.

Christine O’Neil was present in the crowd. Before the match she said, “I’m probably her (Barty’s) biggest fan. I’d be happy to hand it over to her because she’s so deserving of it.

“She is an absolute thinker, she’s a craftsperson, a bit like a chess player with how she constructs the points.”

With the Aussie crowd roaring, Ash was able to collect her 4th victory in five encounters with Collins and make history for Australia.

When your former doubles partner and good mate is on hand to celebrate your first #AusOpen win ????@ashbarty • @caseydellacqua • #AO2022 pic.twitter.com/5p9vXvpK1i

There was another special moment for Ashleigh Barty when her idol, Evonne Goolagong Cawley, came on to court to present her with the Daphne Akhurst trophy.

There had been home success in the Australia Open. It was in the wheelchair and quad events, through David Hall and Dylan Alcott.