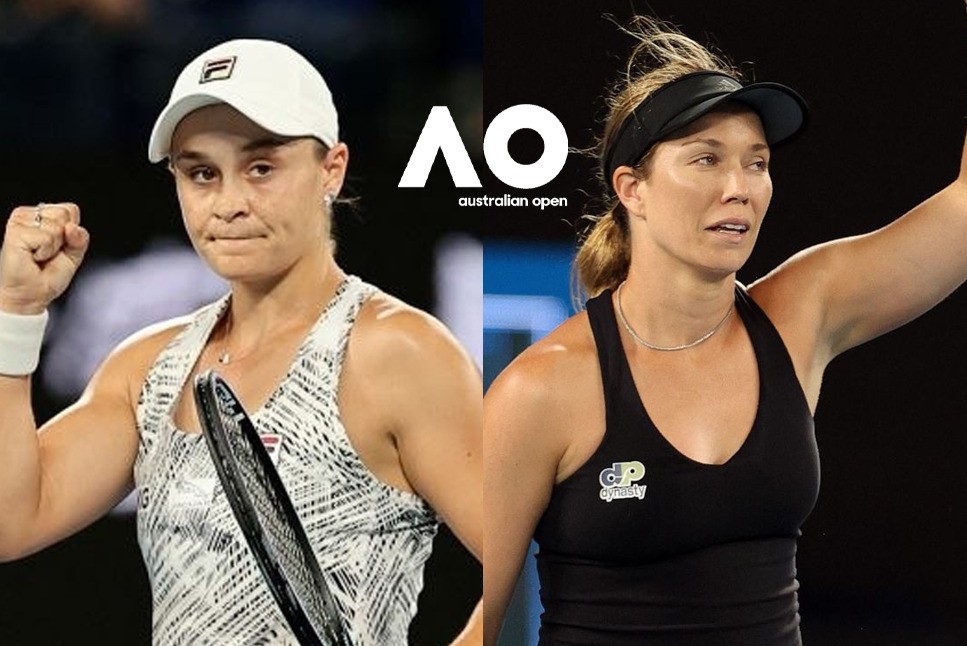 World No. 1 Ashleigh Barty is all set to clash with the American player Danielle Rose Collins in the upcoming Australian Open 2022 Women’s single finals.

With a head to head count of 4 matches, Australian champ Ashleigh has the majority wins against the World No. 30 Danielle Collins.

After meeting at the French Open of 2019, in the second round, this will only be the second time that Ashleigh and Danielle will be facing at a Grand Slam tournament.

Danielle and Ashleigh will be targeting their very first Australian Open title, along with the prize money of $2,875,000. The runner up of the Grand Slam tournament will be walking out with a sum of $1,575,000.

Ashleigh vs Danielle: When and Where to watch

The Women’s singles final of the first Grand Slam event of the year is scheduled to be played on the 29th of January at the popular court of Rod Laver Arena.

The Women’s singles final is due to commence at 7 PM ACDT (Australian Central Daylight Time). For the GMT and ET time zones, the match will be live at 8:30 AM and 3:30 AM respectively. Residents of India can watch it at 2 PM IST.

The live match of Ashleigh Barty and Danielle Collins will be relayed live on Eurosport 1- Sky Channel 410, BT 435 and Virgin 521. For the tennis fans in the United States, the match will be broadcasted on the ESPN channel. Indians can watch the Australian Open 2022 finals on  Sony TEN 2, Sony TEN 4 and Sony SIX.

Australian tennis pro Ashleigh defeated Lesia Tsurenko of Ukraine and Lucia Bronzetti from Italy in the first and second round respectively. In the third and fourth round, Barty went on to beat Amanda Anisimova and Jessica Pegula, both from the USA, respectively. To make her way into the Australian Open final, Ashleigh Barty outclassed the American Madison Keys.

On the other hand, the American athlete Danielle Rose Collins, beat Caroline Dolehide of the USA and Croatian Ana Konjuh in the first two rounds correspondingly. Further, Daniella sailed past Clara Tauson of Denmark and Elise Mertens from Germany in the third and fourth round.  Collins won over the Polish player Iga Swiatek to advance into the finals.