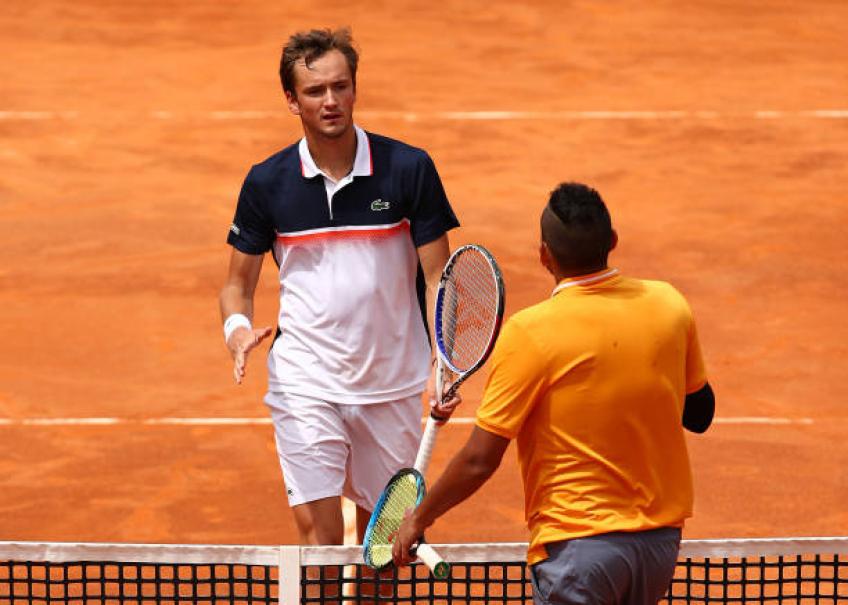 Today’s fixture of the Russian World Number 2 Daniil Medvedev versus the fan favourite Australian Nick Kyrgios was special was a lot of reasons and Daniil came out on top in the end.

Tensions were flared up and the atmosphere was electric in the Rod Laver Arena. If we look at the history of the matchups between Daniil and Nick it can be clearly understood that Nick was the major thorn in Medvedev’s journey to clinch the Australian Open, however, in this instance, Daniil Medvedev has clipped and removed the thorn in a classic way as the World Number 2 has lost to Nick in their previous two meetings.

The crowd were pretty much fired up the entire match considering that they were rooting for their local hero Nick Kyrgios. The crowd kept jeering on for Daniil Medvedev especially when he lost out on the first and the second serve, however, the Russian Tennis Star did not lose his patience, he remained calm and won the match in a fashionable way tuning out all the noise from the unruly audience. Daniil is also known for taunting the crowd mid-match however, this time he waited until the post-match interview to call out the crowd, where he said

“I came to win this match and I am happy that I managed to do it,” he said.

“That’s the only choice when you are booed between first and second serves.”

“What I’m saying is, between first and second serve. It’s not easy.”

Jim Courier, the former world number 1 was interviewing Daniil and due to the excess jeering and shouting from the crowd he was unable to hear him, on this he said

“Let him speak please guys, if you respect somebody, at least respect Jim Courier. He’s a former champion here,” 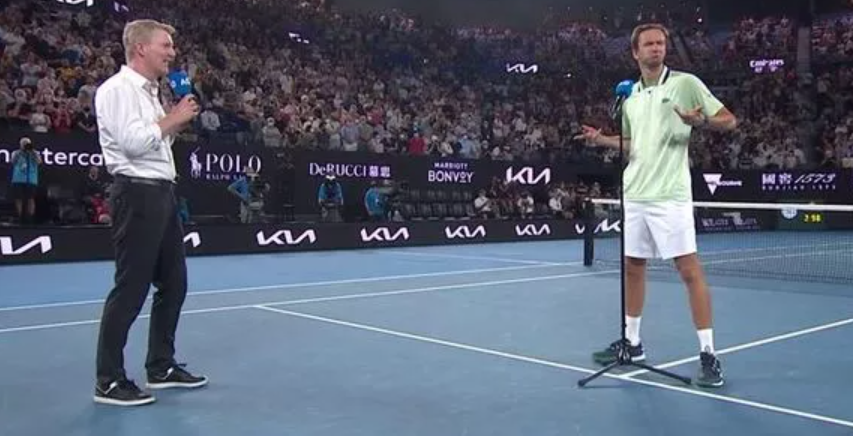 How the Match progressed between Medvedev and Nick Kyrgios

The Match started out on a very positive note for Nick as he was extremely pumped up and made things difficult for Daniil. However, Daniil kept his cool, stuck on to his basics and flattened out an exhausted Nick Kyrgios towards the end of the match. It is worth noting the fact here that Nick was detected with COVID around 10 days before the tournament and it seems that the effects are yet to wear out. Nick also appreciated the atmosphere and said,

“I thought the atmosphere was awesome,”

“That’s what sport is. You’ve got the most entertaining player playing in his home slam on Rod Laver. You’d expect the crowd to be like that. I can understand it’s a gentleman’s game, but it’s about time that people embraced some sort of different energy in this sport otherwise it will die out. It’s just that simple.