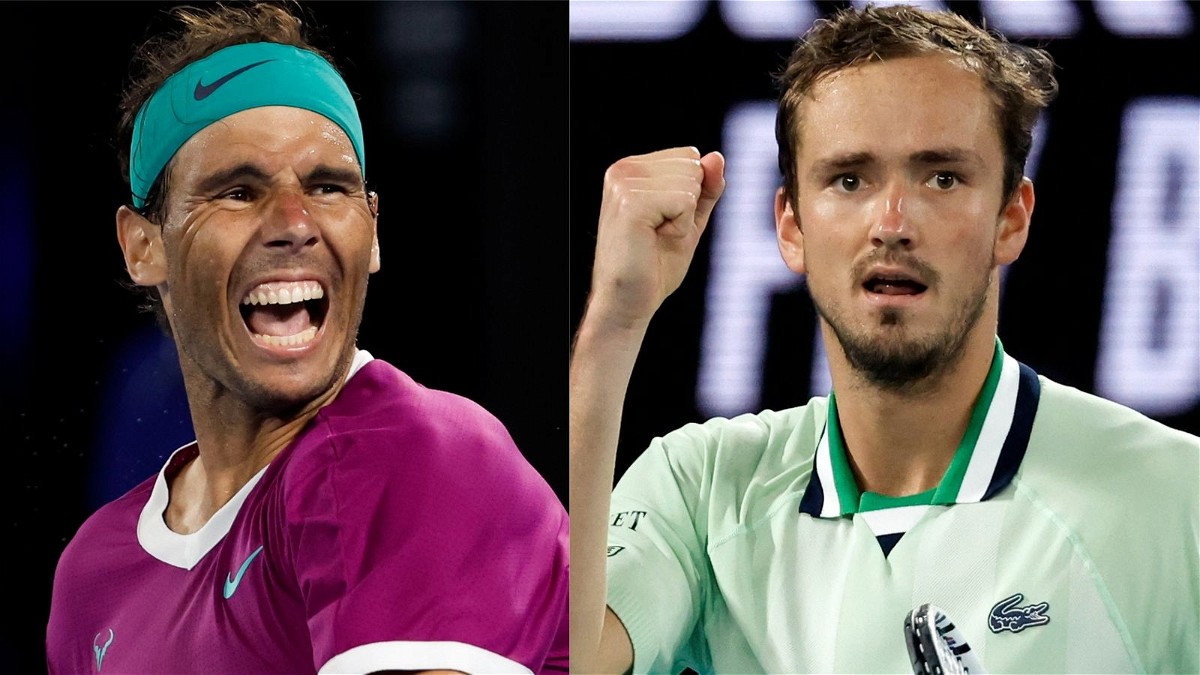 Daniil Medvedev won the Australian Open semi-final against Stefanos Tsitsipas on Friday. He will face Rafael Nadal in the final who is attempting to win his record 21st major title.

Daniil was in a fiery temperament during the semi-final match. He had a massive blow-up with the chair umpire during a changeover at 5-4 in the 2nd set. He lost his temper when he suspected Stefanos’ coach and father coaching from the sidelines.

Rafael Nadal played his best game in this semi-final match. He brought out his vintage forehand play and was calm and relaxed throughout the match. Rafa had a great momentum and played flawlessly. His opponent Matteo Berrettini did not have a chance against the tennis master.

Previously Rafael Nadal and Daniil Medvedev has faced each other four times. In all these encounters the Spaniard had the upper hand. Rafa had won three times out of the four.

In all these four occasions Daniil has only won in the semi-finals of the ATP World Tour Finals (2020). Rafa dominated the Russian in all the other matches.

Going by the previous statistics, Rafael Nadal has the upper hand between the two. He is the favorite of the two. One cannot write-off Daniil Medvedev also. He defeated Novak Djokovic in the US Open Final which was on a hard court. Daniil is a very competent hard court player.

Medvedev also has a win over Rafa on a hard court. He defeated the Spaniard in the ATP World Tour Finals (2020). The match is brilliantly poised. It would be a great for the fans around the world irrespective of the result.