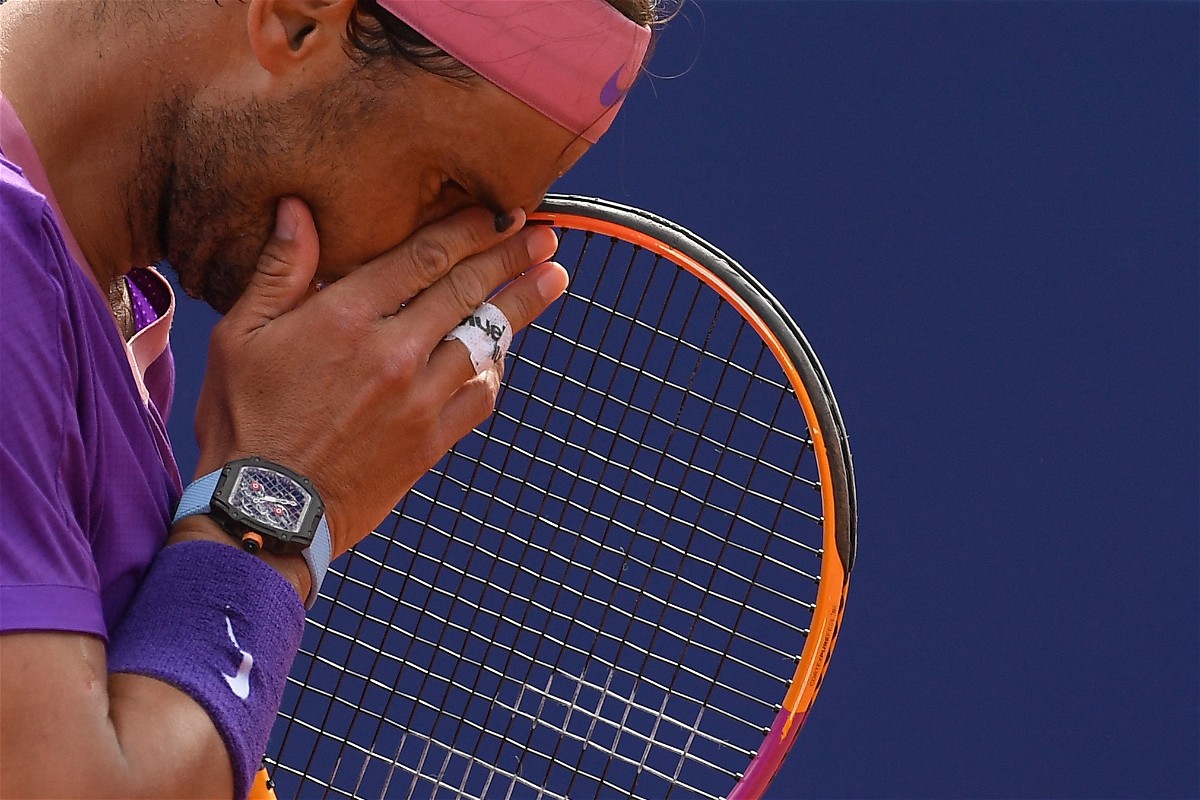 The Spanish tennis pro, Rafael Nadal, a long partner of the popular Richard Mille watch brand, is seen flaunting a new model of the brand on court of the Australian Open 2022.

The Swiss luxury watch company‘s latest model was launched through the brand ambassador, Rafael Nadal. At the first Grand Slam tournament of the year, the Spaniard has been flaunting one of the luxury watch brand collection on court while playing.

The Richard Mille watch’s brand new model is named RM 27-04. Nadal has grabbed eye- balls by wearing one of the signature collections, throughout the Australian Open this year.

The latest model RM 27-04 Richard Mille was created especially for the Clay Court champion. Celebrating the 10th anniversary of the collaboration between Richard Mille and Rafael Nadal, the watch model is unique is various aspects. The Swiss watch brand officially partnered with the Spanish player back in 2010.

The watch weighs at best 30 milligrams, including the strap. Having developed a number of statement pieces in the past years for Nadal, bringing ‘lightness and resistance’ together has been a key factor of all of them. And RM 27-04 is no exception to his challenging factor as well. ‘Achieving the impossible‘ has always been the motto of the Richard Mille over the years with regards to their partnership with Nadal.

Furthermore, RM 27-04 is a manual winding tourbillion piece with hours and minutes type display. The watch is made with cable suspension mechanism and single woven steel cable. The barrel of the time- piece is the fast- rotating type.

Our relation with @RafaelNadal goes far beyond just a watchmaking partnership. We both seek to achieve excellence, passionate about our work, and keeping alive the flame of passion that animates us.https://t.co/zeXYV2VuK6#RichardMille #RM3503 pic.twitter.com/MukAEhUcEM

Rafael Nadal sporting a December model of the Richard Mille- Model name- RM 35-03. This was developed specially for tennis professionals.

The Spanish tennis pro, Rafael Nadal is all set to face Daniil Medvedev of Russia in the upcoming Men’s single final of the Australian Open 2022. The match is scheduled to be played on 30th January at the Popular Rod Laver Arena.

To get all the information about the Australian Open Final- https://www.sportsmanor.com/tennis-news-australia-open-2022-how-to-watch-rafael-nadal-vs-daniil-medvedev-schedule-prize-money-start-time-in-usa-uk-australia-and-more-details/