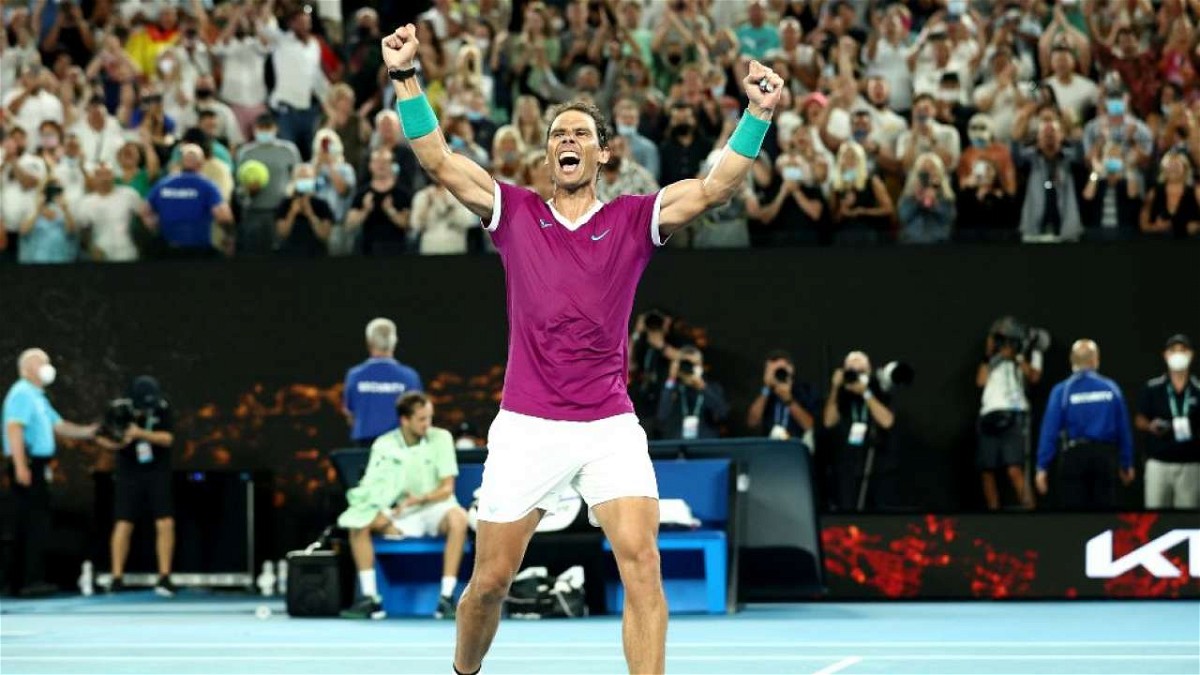 At the post match press conference, Rafael Nadal gave a surprise response to the compliment of being GOAT after his Australian Open win.

Upon being asked if Sunday’s final match was his biggest comeback of his career, Nadal agreed with it completely. The Spaniard who made a comeback from two- low, responded- “If we put everything together, the scenario, the momentum, what means… Yeah, without a doubt probably have been the biggest comeback of my tennis career.”

Furthermore, Rafael was asked what turned the game around and how he made such a terrific comeback. “In that moment of course, the situation have been critical. Sport is unpredictable. And if you fight till the end, normal thing is to lose the match in straight sets after that situation. But, on the other hand I had big chance in the second set too,” this year’s Australian Open champion stated. Moreover, he added- “I was repeating to myself during the whole match ‘I lost a lot of times here, having chances, sometimes I was a little unlucky. I just wanted to keep believing till the end.”

When Nadal was asked if he felt like the best player of all time, given his number of total Grand Slam titles, he said he didn’t want to change his point of view. He continued to answer saying it meant a lot to him winning the Grand Slam at that moment of his career. Nadal is aware that 21 is the special number and very significant too. He further admits it to be an ‘unforgettable day.’

Rafael added- “I never will say I deserve because, I think a lot of people fight and a lot of people deserve. But, I really believe that I hold a very positive spirit. And for the last six months, I fought a lot to be back on court.” He shares about his tough moments where he had conversations about if he had a chance to be back on the tour. Nadal feels honoured and lucky to achieve ‘one more very special thing’ in his career.

“I don’t care much if I am the one  or not the one, the best of the history or not. I don’t care much. For me, it’s about enjoying nice, like today. That means everything for me,” the World No.5 referred to the greatest of all time (GOAT).

The Spanish tennis pro admitted the day to be very emotional and was destroyed physically. Rafael went on to appreciate the support of the crowd throughout.

On being asked, Nadal talked about Daniil Medvedev and the crowd’s involvement during the match. However, he thanked Medvedev and appreciated his performance at the final as well.