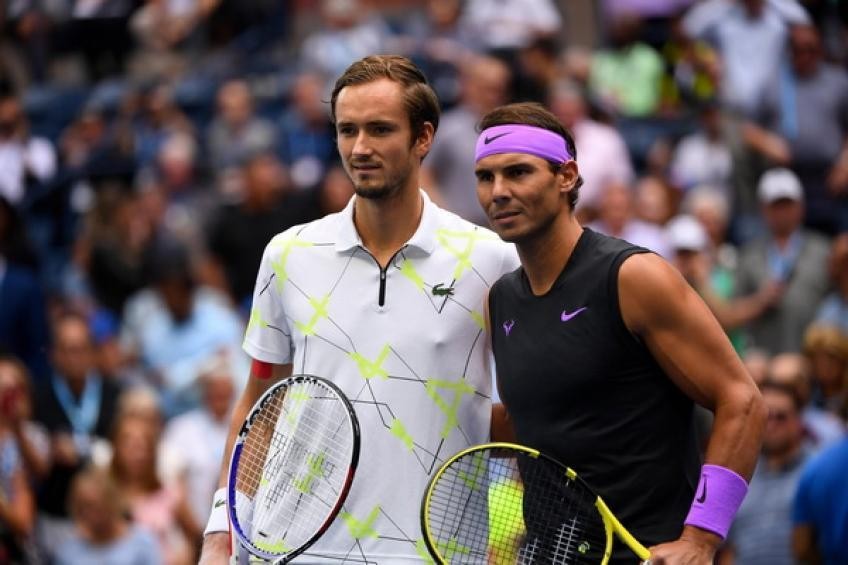 At the Rod Laver Arena today, the Spanish tennis pro Rafael Nadal and Daniil Medvedev are playing head to head to win the Australian Open title of this year.

Being among the top 5 seeded players at the Grand Slam tournament, the final match is being played in an epic manner so far.

One of the highlights of the match is the spectacular 40- shot rally between the experienced Spaniard Nadal and the 25 year old Medvedev.

During the second set of the match today, Rafael Nadal broke Medvedev ‘s serve after a long rally involving 40 shots in total.  About 50 minutes into the match, at 15- 30 when Nadal was in the lead, the longest rally of the match was played.

At the end of the rally, the 40th shot was played by the Spaniard winning him the point. He ended the rally with a backhand slice shot from the corner to his opponent Medvedev’s side of the court. This incredible shot gained him the second break point of the match.

Moreover, Nadal took the lead in the second set with 40- 15 after the remarkable rally which grabbed viewers eye- balls.

The match so far looks to be in the favour the Russian champ Daniil Medvedev. The World No. 2 has conquered 2 sets with figures- 6-2 and 7-6. Rafael Nadal however, has one set with 6-4 figure.

During the first set, the top seeded players played a remarkable rally as well.

At 2-1 with Nadal in the lead, both of them played a rally involving 26 shots. With Nadal ‘s tough luck, Medvedev ended the notable rally with a brilliant backhand winner.

Daniil Medvedev has been impressing the tennis fans with regular aces at the Australian Open 2022 final match against the Spaniard.