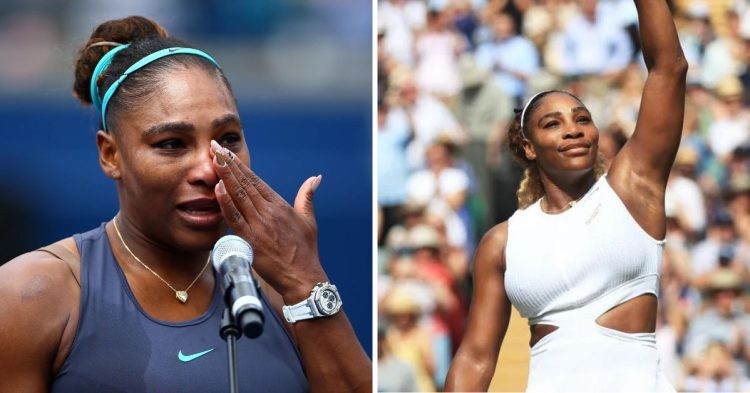 Tennis legend Serena Williams announced her retirement from tennis and brought the curtain down on her illustrious career. She made the announcement in the recent issue of Vogue and revealed how she is ready to move on to other things in life.

At the age of 41, Serena is now looking to focus on other aspects of her life like her businesses, family, etc. Furthermore, she said, “I’m here to tell you that I’m evolving away from tennis, toward other things that are important to me. A few years ago I quietly started Serena Ventures, a venture capital firm. Soon after that, I started a family. I want to grow that family.”

While Serena covered in depth about her thoughts on her retirement, she did not reveal when she would retire from the sport. In her Instagram post about the Vogue issue, she said in the caption, “The countdown has begun. I’m gonna relish these next few weeks.” From the looks of it, the US Open will be the last tournament of her career.

Even Serena didn’t want to use the word ‘retirement’ and replaced it with ‘evolution’. She said, “I have never liked the word retirement. It doesn’t feel like a modern word to me. I’ve been thinking of this as a transition, but I want to be sensitive about how I use that word. Maybe the best word to describe what I’m up to is evolution.”

Serena’s exit from the sport marks the end of an era in the history of tennis. She is arguably one of the greatest to grace the tennis court. During her journey of record 23 grand slams, she has amassed a huge fan following. Therefore, the news of her retirement led to a lot of emotional messages on Twitter.

Serena Williams’s Farewell to Tennis—In Her Own Words https://t.co/m6O0M48GBX via @voguemagazine

Serena’s fans took to Twitter to flood the social media platform with emotional and congratulatory messages for her. Many fans declared her the undisputed GOAT of tennis while others congratulated her on a very successful career.