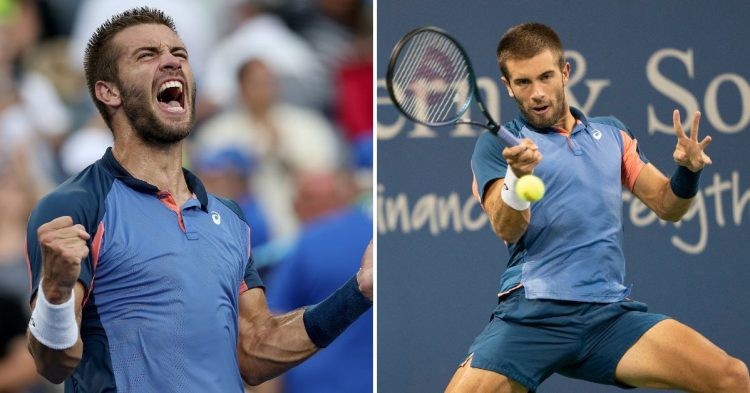 Borna Coric is one of the upcoming players in tennis who has managed to create a name for himself in the era of Big Three. While he resides in Dubai, he was born in Croatia and plays as a Croatian on tour. After turning professional in 2013, Coric achieved his career-best ranking in 2018. He was ranked number 12 in the ATP rankings in 2018.

During the early phase of his career, Coric achieved the number one ranking in the junior rankings when he won the boys’ singles event at the US Open. He beat Australia’s Thanasi Kokkinakis in the final to win the junior grand slam.

Despite having a lot of talent, Coric’s career has been scarred by constant injuries. Three years after turning professional, Coric suffered from a knee injury. After recovering from it, Coric came back in form only to be halted by a back injury in 2019. In 2021, he underwent shoulder surgery and that led to him ending his tour in May.

What are the achievements of Borna Coric in tennis so far?

Despite a career full of injuries, Coric has always managed to make comeback multiple times. He won his first ATP title in 2017 when he lifted the Grand Prix Hassan II in Marrakech, Morocco. In 2018, Coric added another ATP title when he beat Roger Federer in the final of the Terra Wortmann Open in Halle, Germany.

After a long hiatus in 2021, Coric continued to struggle in 2022. However, he surprised everyone when he won the Cincinnati Masters with a ranking of 152. After the shoulder surgery, he came back stronger to win one of the biggest ATP titles.

He is one of the few players in the history of tennis to hold a positive head-to-head record against Rafael Nadal. In fact, he beat the Spaniard in the first round of the Cincinnati Masters and eventually won the tournament. If Coric is not continuously halted by injuries, he has the potential to make a bigger impact in the world of tennis.