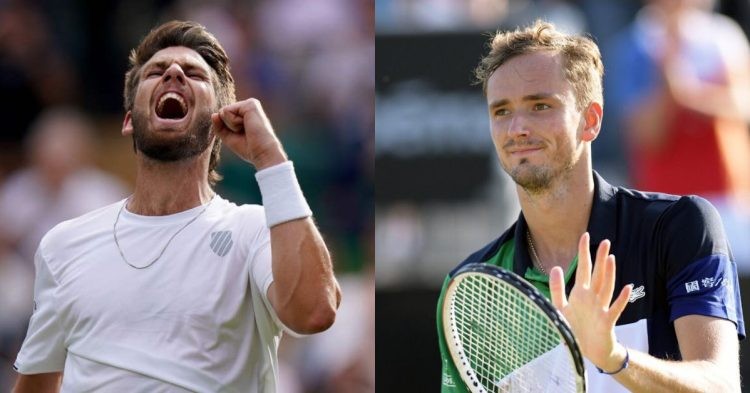 Cameron Norrie surprised everyone when he reached the semifinal of Wimbledon this year. However, he sprung another surprise when he revealed that he was practicing with current world number one Daniil Medvedev. After reaching far in Wimbledon, Norrie is aiming for another strong performance at Wimbledon.

Medvedev was not part of Wimbledon due to the ban imposed by the tournament on Russian and Belarusian players. The ban was imposed in the wake of the ongoing Russia-Ukraine war. Other players like Victoria Azarenka were also not allowed to participate due to the same.

Norrie and Medvedev’s friendship surprised many tennis fans but even more surprising was Norrie’s admiration for the Russian. As per Euro Sport, Norrie said, “He is a great practice partner and a great guy as well. He is my favorite player to watch”

After reaching the semifinal of a grand slam once, Norrie has become more confident that he can repeat the performance again in the future. The Brit gained a lot of confidence after going into the second week of the tournament for the first time.

Moreover, he said, “Wimbledon was a very cool experience, making Wimbledon for the second week for the first time, and making it to the semis and having a tight match with Djokovic. Looking back there were a lot of positive things to take from it. The biggest thing is knowing I can do it at a Slams now.”

Both Medvedev and Norrie will be two of the biggest names to watch out for at the US Open. Now that the two are practicing together, they will up each other’s game and improve their own game. It will be interesting to see what will happen if Norrie and Medvedev come face-to-face at the US Open.