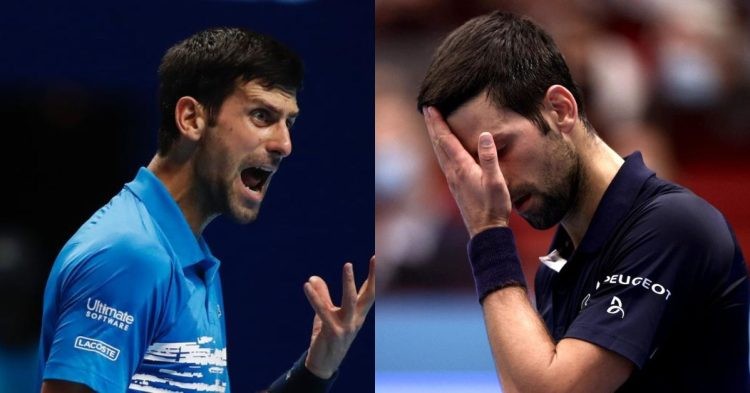 Now that Wimbledon is over, players are focussing on the last grand slam of the year, i.e. the US Open. However, Novak Djokovic’s season got over early as he won’t be part of the US Open. This is again because he is still not vaccinated.

Novak Djokovic’s schedule is pretty much up in the air right now due to border restrictions on those who are unvaccinated, but it appears the Canadian Open is definitely out for him.https://t.co/wfYRLo3tSk

Canada’s health minister Jean-Yves Duclos made it very clear that the rules apply to everyone. Even though there are exemptions, the rules still apply to everyone at large. This means Djokovic won’t be part of the Canadian Open as he is not allowed to entry the country.

As per Hindustan Times, Duclos said, “Well first, the rules apply to everyone. There are a few exceptions but these are limited exceptions. So first of all, the rules apply to everyone, and second, COVID-19 is not over yet. And again, we need to be mindful of the fact that despite we have been so successful with two doses, we need to up our game and have more Canadians being up to date on their vaccination status.”

This year has been the worst season for Novak Djokovic even though he recently won his 7th Wimbledon. He did not even get a chance to play in the Australian Open because of not taking the vaccine. He also had an early exit at the French Open after losing to Nadal in the quarterfinal.

From winning three grand slams in 2021 to not being allowed to play two grand slams in 2022, a lot has happened for Djokovic in one year. However, Australia has now eased its COVID restrictions and he will most likely play in the Australian Open in 2023.