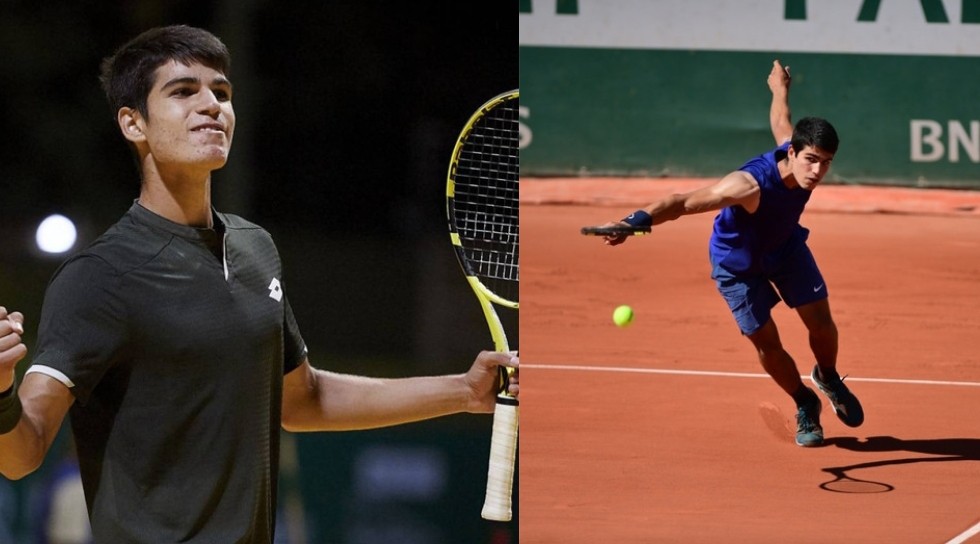 Carlos Alcaraz defeated Casper Ruud in straight sets 7-5, 6-4 in the 2022 Miami Open final. He is now the first Spaniard to win the Miami Open. He also has climbed up to world no.11 in the after his sensational win. The young Spaniard credits his team and coach, Juanjo Moreno for his success.

By winning the Miami Open Carlos Alcaraz is now the youngest tennis player to win the competition. Novak Djokovic previously held the record when he won the Miami Open at the age of 19 in 2007.

Carlos Alcaraz pulled off a comeback after dropping the first three sets. He won eight out of nine games from 1-4 down, and went on to close out the match with three service holds.

At the press conference he said, “I have no words to describe how I feel right now. It’s so special to win my first Masters 1000 here in Miami. I have an unbelievable team with me… I’m so happy with the win and my team.” 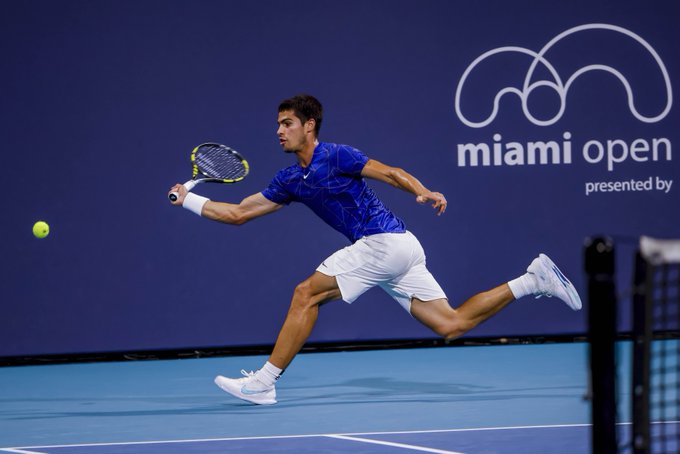 Spanish tennis prodigy, Carlos Alcaraz credits Juanjo Moreno for his success in the 2022 Miami Open final. He said, “Well, he told me that everybody knows it’s going to be my first final, but trying to think that this is the first match of the tournament, try to manage the nerves like I did in the semi-final.”

Moreno helped Carlos with managing pressure and expectations. According to Alcaraz it helped a lot.

He added, “I mean, trying to put my game, trying to don’t think about the final. Just keep going, keep strong mentally like I did in every match in this tournament. Yes, just enjoy the moment enjoy my first Masters 1000 final and go for it.”

Juanjo Moreno praised Carlos for his work ethics, physical and mental stability. He credited Alcaraz’s willingness to work hard and his on court training for his success.

Moreno said, “If I had to highlight two strong points of Carlos, I would prefer his talent and the culture of effort he received from the team.”

He further added, “We succeeded in making him understand that, without effort, talent can be lacking, and that at these levels it is essential to take care of all the details.”

Will Brock Lesnar Take a Break From WWE After His WrestleMania Loss?