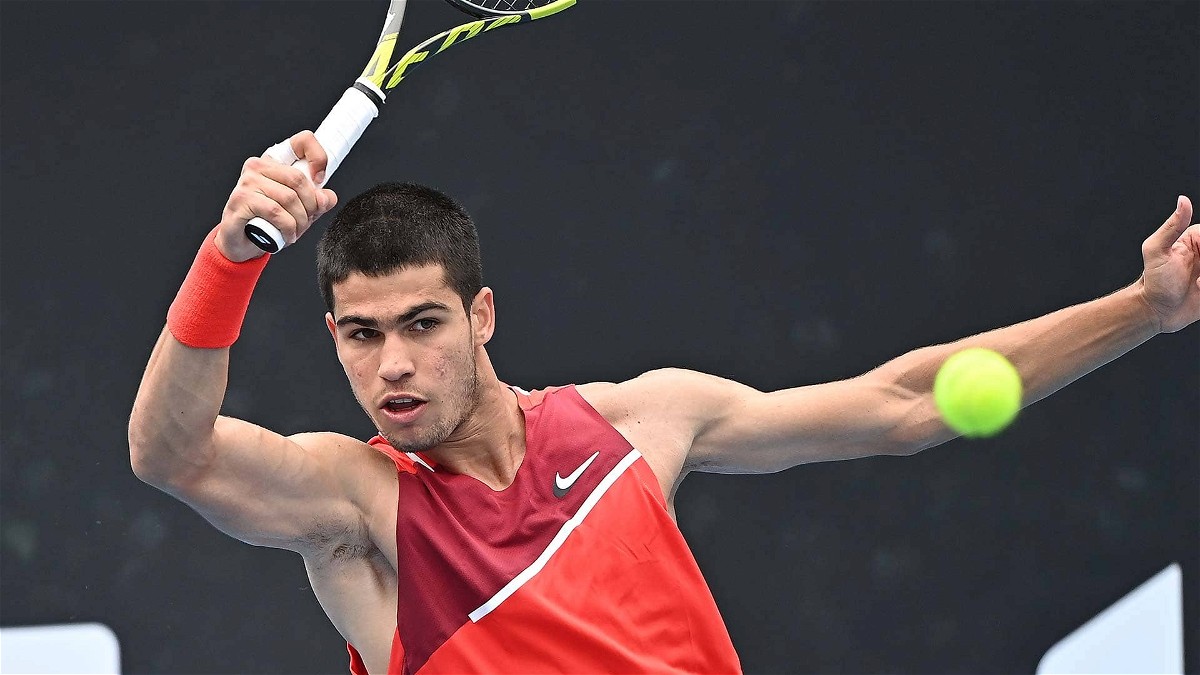 Alcaraz in action at the Australian Open 2022

The 18 year old Carlos Alcaraz Garfia is the latest addition to Rolex’s tennis partners, as he signed a deal with the Watch brand earlier today.

The sponsorship of Rolex adds to Carlos Alcaraz ‘s sponsorships of Nike and Babolat. The young Spaniard took to Instagram today to share the news of the signed deal. He captioned the image- “Very happy and excited to be part of the Rolex family.”

Previously, a number of tennis pros have signed a deal with the luxury brand Rolex. One of the early and longest deal would be that of the Swiss champ Roger Federer who signed the largest endorsement deal of that time in 2006. Other players’ list include the likes of the Austrian Dominic Thiem, Greek player Stefanos Tsitsipas, Spaniard Garbiñe Muguruza, the French Jo-Wilfried Tsonga, Swiss player Belinda Bencic, the German champ Alexander Zverev, the Argentine Juan Martin del Pedro and Russian player Karen Khachanov. Rolex had also previously partnered with the former Danish World No. 1 Caroline Wozniacki as well.

On the Day one of the first Grand Slam of the year, the Spaniard Alcaraz out- classed Alejandro Tabilo of Chile in the first round in three straight sets.

Moreover, the second round that was played on 19th January, had a similar outcome. Carlos Alcaraz thrashed the Serbian Dusan Lajovic in straight sets of figures- 6-2, 6-1 and 7-5.

This splendid performance caught everyone’s eye and the 18 year old Spanish player rose to fame. The Rolex deal is also a result of this promising performance.

Alcaraz gears up to play against the Italian player Matteo Berrettini in the third round of the Australian Open 2022. The match is scheduled to take place on 21st January at the famous tennis court- Rod Laver Arena.