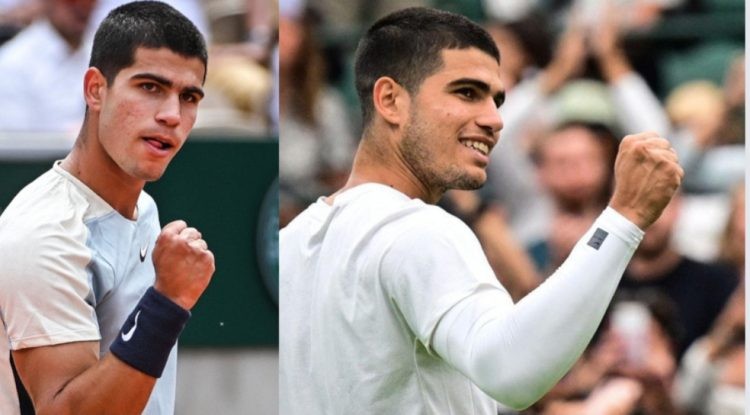 Defeating Tallon Griekspoor of the Netherlands on day three of the Wimbledon Open, Carlos Alcaraz moved on the third round. There he will face 32nd seed, Oscar Otte. The Spaniard breezed passed the Dutchman, Griekspoor 6-4, 7-6(0), 6-3 to move ahead on his quest for the title.

The Spaniard has only played eight full Tour matches on grass courts. Six of those Tour matches were in 2019 when he played on the ITF junior circuit. Only playing two as a pro last year at Wimbledon. 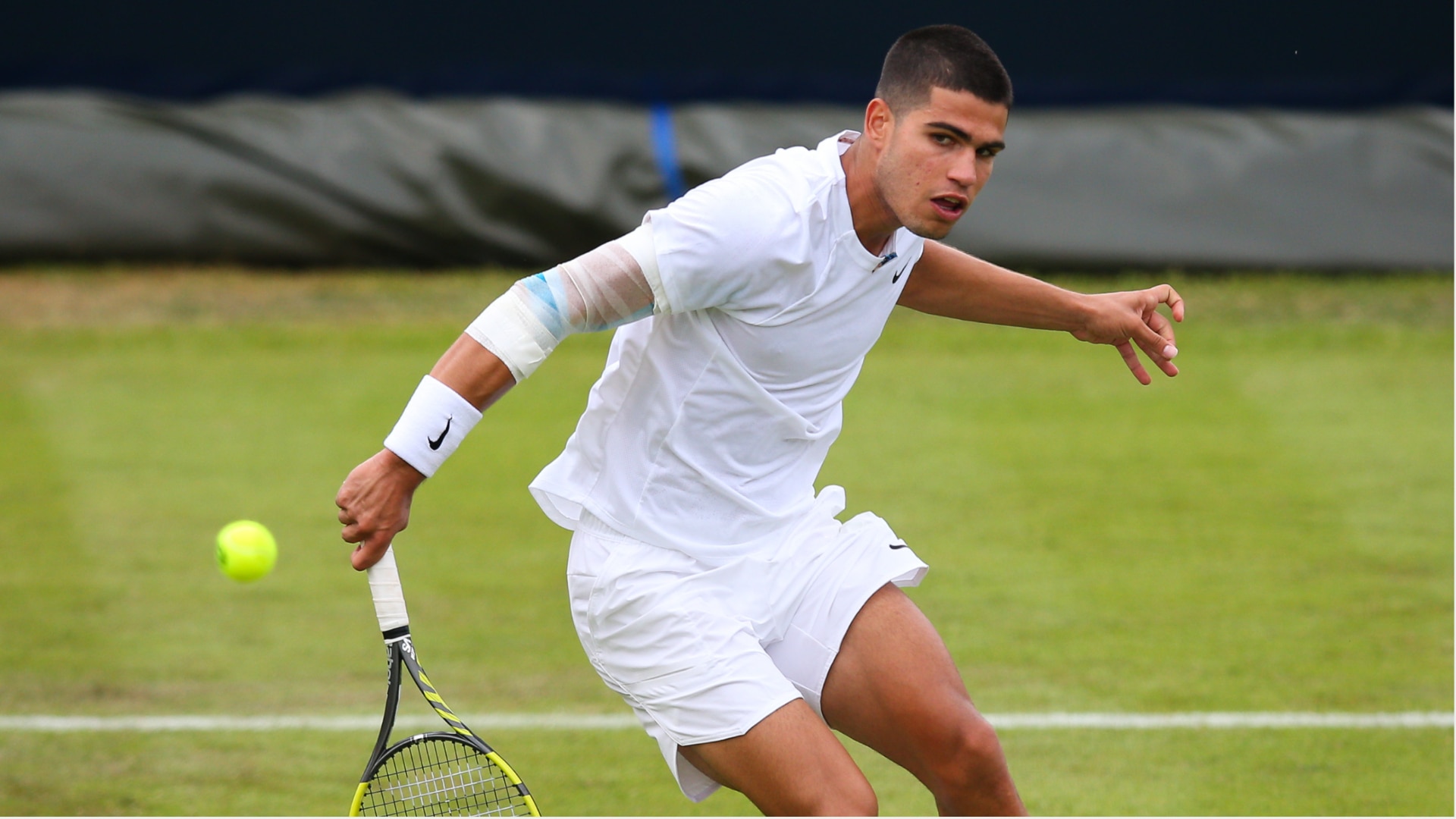 Before entering the English Grand Slam, Carlos Alcaraz seeded doubt in the minds of his fans around the world due to his elbow injury. He moved into Wimbledon Open without playing any build-up tournaments on grass after pulling out of Queen‘s due to the elbow issue.

Alcaraz tasted defeat in his warm-up match against American Frances Tiafoe in an entertaining as well as competitive encounter. Tiafoe defeated Carlos 6-4 6-2 at the Giorgio Armani Tennis Classic at the Hurlingham Club.

Carlos Alcaraz won his first ATP Tour event by capturing the Rio Open. He backed up that form and win by claiming the Miami Open. He then broke into the world’s top-10 by winning the Barcelona Open.

Alcaraz has enjoyed a magnificent first half of 2022 when he became the youngest player to break into the world’s top 10 since Rafael Nadal did in 2005. He has a win-loss record of 32-4 and has already won four titles this year. Including a Masters 1000 event in Miami. The Spaniard has beaten a top 10 player on eight separate occasions.

19-year old, Carlos is on the cusp of breaking another record in his young career. If he wins his third round match against Oscar Otte in Wimbledon, he will become the youngest tennis player to qualify for Wimbledon last 16.

While playing in the 2022 Madrid Open he became the first teenager to beat Rafael Nadal on clay, and also defeated Novak Djokovic and Alexander Zverev en route to another title. The Madrid Open final win was Alcaraz’s 7th straight win over a top-10 player and also his tour-leading fourth title of the year after victories in Rio de Janeiro, Miami and Barcelona.

In 2021 he won in Umag. Carlos is having an exceptional 2022 season. He is the youngest active male player to have won multiple ATP titles.