Carlos Alcaraz’s Family, Girlfriend, Coach, and Training Partners- All You Need to Know 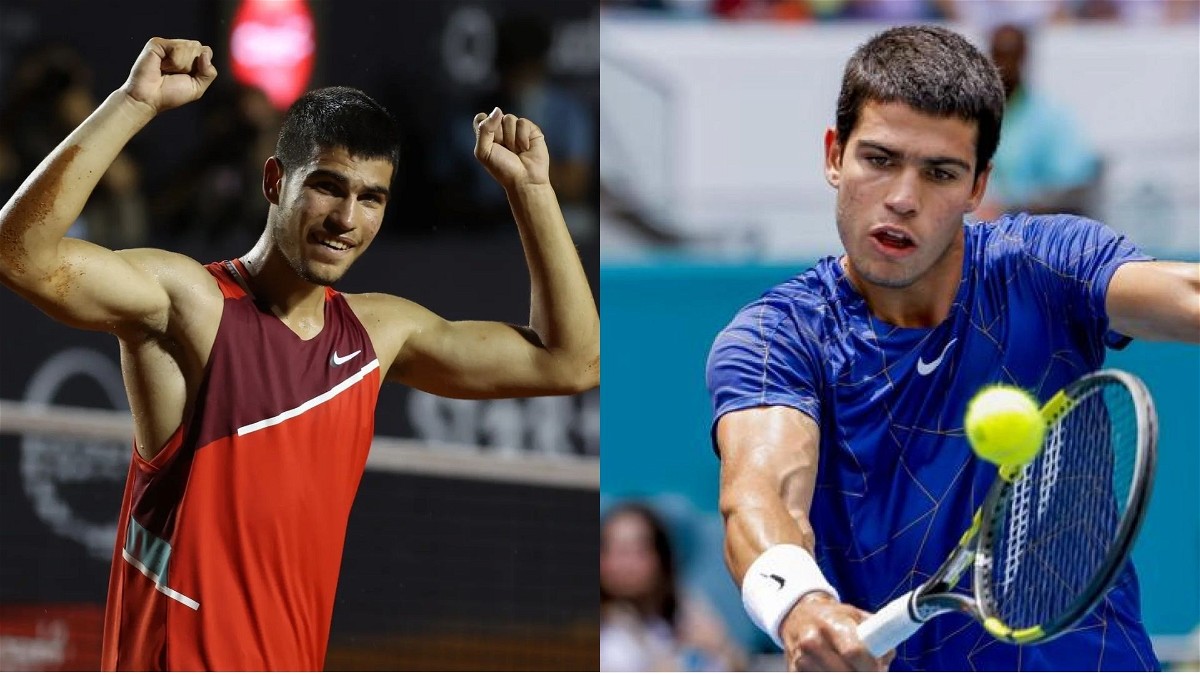 Turning into a professional tennis player in 2018, Carlos Alcaraz Garfia has risen to success in a short period of time. With his Barcelona Open 2022 title win, the young Spaniard entered the Top-10 ATP ranking list.

The current World No.9 has won three of his four career titles this year alone. With the victories at the Rio Open, Miami Open and Barcelona Open events this year, Carlos Alcaraz has established himself in the tennis world quite exceptionally.

Here is what we know about the family, partner and coach of Carlos Alcaraz Garfia

The 18-year-old Spanish player was born to Carlos and Virginia Garfia in Murcia, Spain. Furthermore, Alcaraz followed the steps of his father, who was playing tennis as well. He was one of the Top 40 players in his country.

Moving on to siblings, Carlos Alcaraz has three brothers. Alvaro Alcaraz Garfia is the World No.9’s elder brother. Whereas, Sergio and Jaime Alcaraz Garfia are the two younger siblings the Spanish tennis player has.

Alvaro Garfia is 22 years old and is currently an actor. Information on Carlos’ other two siblings, Sergio and Jaime is not known given the tennis player’s reservation about talking regarding his private life.

Coming to the topic of coach, the young Spaniard has been under the guidance of Juan Carlos Ferrero. Ferrero is a former Spanish tennis professional who has been ranked as the World No.1 as well. He has held the top ranking for over eight weeks. Juan had previously coached the German player Alexander Zverev till 2018. He started training Garfia in 2019 when the latter was 16 years old.

Alcaraz is rumoured to be dating Maria Gonzalez Gimenez. Maria is also a tennis player herself. However, the two youngsters have not yet admitted openly about the relationship.

The 18-year-old’s idol is the fellow Spaniard Rafael Nadal and has even faced him on the court at the Indian Wells Masters 2022 event. Interestingly, Nadal and Alcaraz now share the same date for entering the Top-10. The two are amongst the youngest to break into the Top-10 and did it on 25th April with a gap of seventeen years(2005 and 2022). Carlos Alcaraz defeated his idol recently in the Madrid Open Quarterfinals.

Carlos Alcaraz is easily the best youngster on the court right now. He recently won the Madrid Open and made history by defeating Novak Djokovic, Rafael Nadal and Alexander Zverev all of whom are within the top 10 rankings in a single run of games.

Carlos Alcaraz is considered to be the fittest tennis player on the court and he does not seem to have any apparent weakness currently, all he lacks is experience and after gaining that he would be unstoppable.

In the past 20 years, no one has been able to defeat Novak Djokovic and Rafael Nadal in a single tournament and then go on to pick the title as well. He also become the youngest ever finalist of the Madrid Open, breaking a record which was once set by the King of Clay, Rafael Nadal.