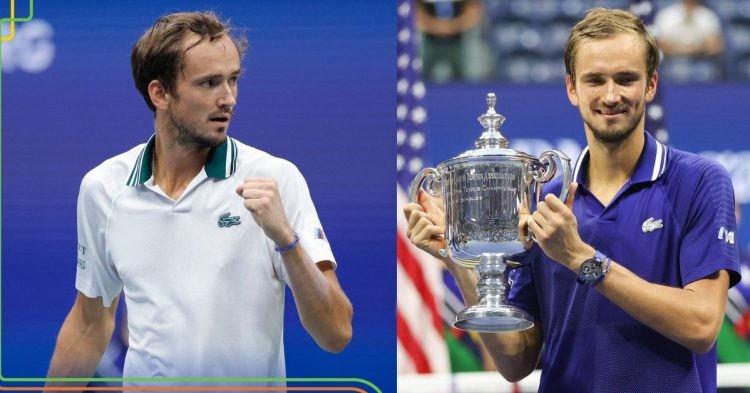 US Tennis Association has decided not to ban Russian and Belarusian players from the US Open. Since the Russia-Ukraine war, organizations worldwide have imposed several bans on Russia and Belarus to show their solidarity toward Ukraine.

Russian and Belarusian players will not participate in Wimbledon 2022 after a ban by Britain’s LTA. The decision to ban players saw a polarizing response. Players like Djokovic and Nadal opposed the decision while many players supported it.

However, USTA has decided to take a separate path and allow Russian and Belarusian players to compete in the year’s last grand slam. However, these players will compete under a neutral flag.

The decision by USTA will come as a relief for Russian and Belarusian players who have suffered because of the war. US Open defending champion, Daniil Medvedev is among the many Russian players who are thrilled by the USTA decision.

World No 1 Daniil Medvedev welcomes the news that organisers of the US Open will allow Russian and Belarusian players to compete at the Grand Slam this year, where he is the defending championhttps://t.co/EW4UuvIqgG

Russian player Daniil Medvedev won his maiden grand slam last year after he beat Djokovic at the US Open. If USTA had imposed a similar ban like the Wimbledon, Medvedev would have missed out on defending his title. The current world number one has made it very clear that he will bring his A-game into the tournament.

After the decision from USTA, Medvedev was thrilled that he would get a shot at defending his title. Moreover, he said, “It would be really disappointing if I would not because that’s some great memories and always in US Open, it’s an amazing tournament—probably the more special one for me.”

Wimbledon is less than two weeks away but Medvedev won’t be a part of it because of the ban. However, he is actively playing ATP events as part of the grass season. In the French Open, Medvedev crashed out in the fourth round after losing out to Croatian Marin Čilić in three sets.