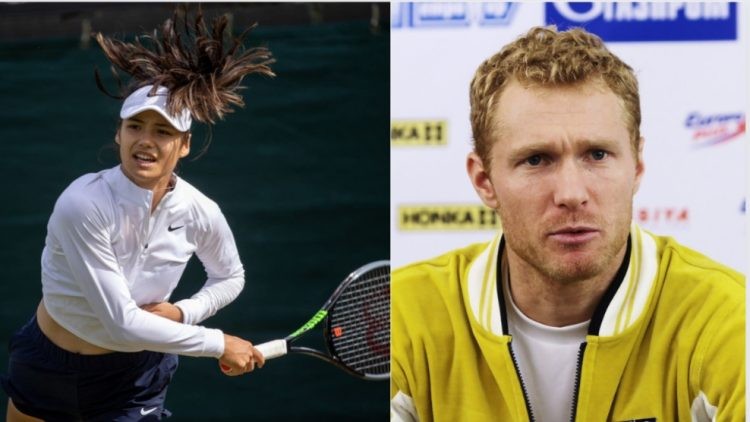 British tennis player, Emma Raducanu will be at the Flushing Meadows to defend her American Grand Slam title. She has hired retired Russian tennis player, Dmitry Tursunov on a trial basis as her coach for the 2022 US Open.

The world no.10, took everyone by surprise when she played some great tennis in the 2021 US Open. Emma took everyone by surprise and won the American Grand Slam. Since then, she has been in the limelight as the upcoming sensation in tennis. Though she did not have the best of matches in the following Masters tournaments and Grand Slams, she is the player to watch out for in the upcoming 2022 US Open.

In preparation for her US Open title defense, @EmmaRaducanu has reportedly brought on @TursunovTales as her new coach.

The pair will work together on a trial basis through the US Open, according to British press:

Emma has a history of not sticking with her coaches. She has changed them several times in her very young career. Andrew Richardson, Jeremy Bates, Nigel Sears, and Torben Beltz are all her former coaches who have parted ways with her.

Andrew Richardson helped Emma win the 2021 US Open in New York. However, immediately after the Grand Slam victory she parted ways with him and took on Jeremy Bates for the 2021 BNP Paribas Open at Indian Wells.

Emma Raducanu will defend her title at the 2022 US Open

The British no.1 achieved this feat when she was only 18 years old and defeated the Canadian without dropping a set. However, after her heroics in America, Raducanu had a below-par Australia Open tournament that ended in the 2nd round in Melbourne. She lost 6-4, 4-6, 6-3 to Danka Kovinic of Montenegro.

Emma has also faced several setbacks in her career due to injuries. This year her Wimbledon Open future was in doubt. It was due to a forced retirement from the Nottingham Open because of “an absolute freak injury”.

She said, “I am obviously disappointed and it is really bad luck. Sometimes I feel like I have been putting really bad work in. And it is almost like you just want to catch a break but I haven’t really.”

Emma Raducanu has retired three times from tournaments after her heroics in the 2021 US Open. Her progress on the tour in 2022 has been stunted by a string of injury issues, having struggled with hip and back injuries and blisters.