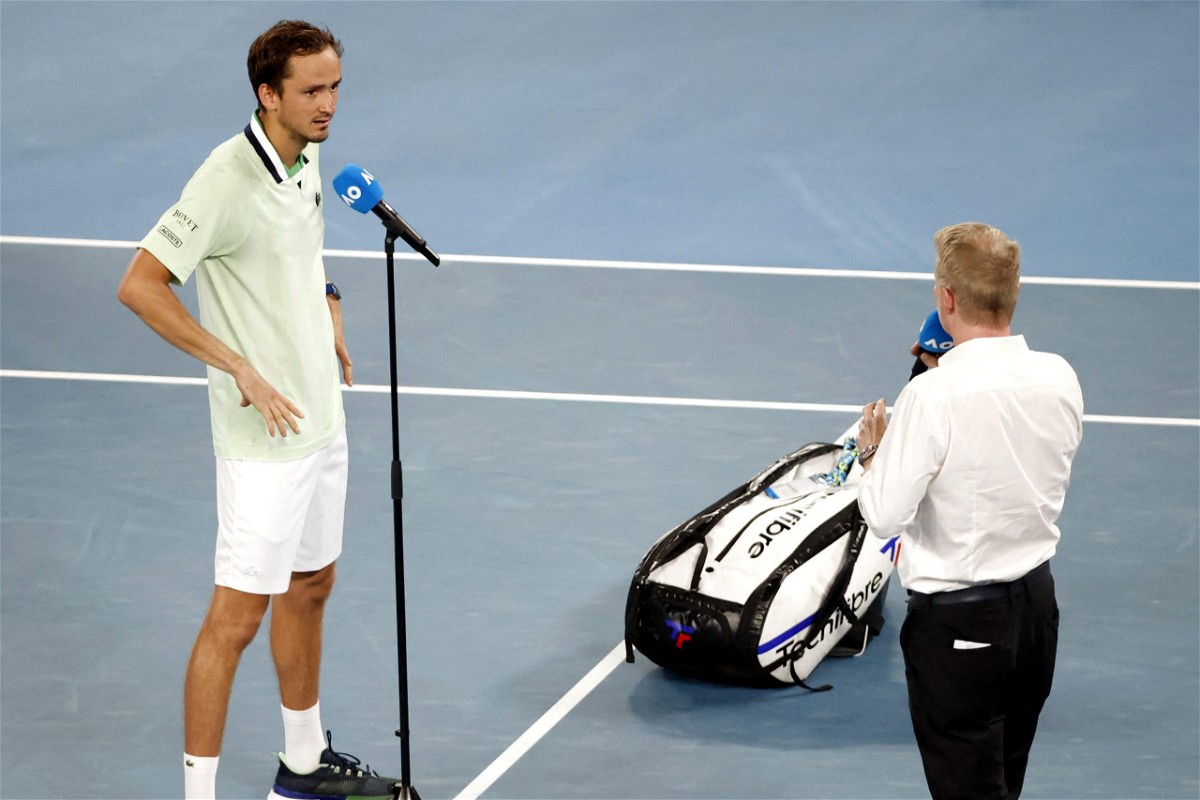 Daniil Medvedev put on a show in the Australian Open 2022 Finals against a much more experienced and fired up Rafael Nadal even though he eventually lost out on a closely fought match. Much like Novak Djokovic, Medvedev was the villain throughout the course of AO 2022.

This can be owed to the fact that apart from Djokovic he is one of the few tennis players who have challenged the domination of the fan favourites Roger Federer and Rafael Nadal. Daniil is very outspoken with a bad boy attitude which makes him get a lot of backlashes from the audience.

This started out originally in the US Open 2019 when Medvedev flashed his middle finger to the audience after they were booing him for snatching the towel from a ball boy.

Medvedev continued with his antics in the AO 2022 as well when he on multiple times called out on the behaviour of the Australian Open Fans, fought fiercely with a chair referee which eventually led to him being fined and was also seen venting out his frustration on a ball boy in the Finals versus Rafael Nadal.

A lot of his fans have defended him by saying that Medvedev is criticised because he shows his true persona on the court, unlike the others who just put on a show for the camera. 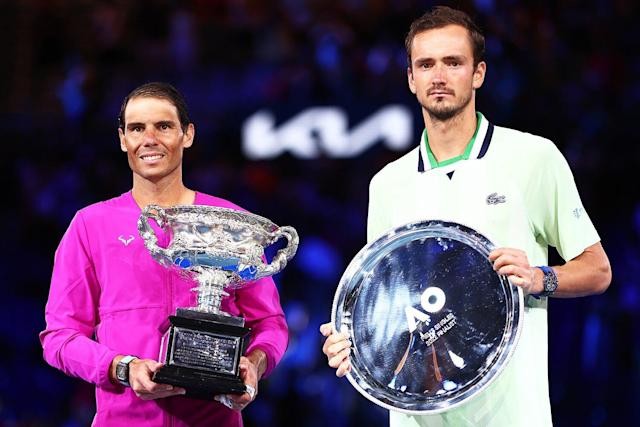 Throughout the course of the AO 2022 Finals, it seemed as if the Audience had made it their mission to make sure Medvedev knows that Rafael Nadal was the fan favourite.

Medvedev has made it pretty clear on several occasions that he thrives on the negative emotions by the fans however, after losing the match against Nadal even after he dominated the competition in the first two sets, the behaviour by the audience was quite a bit frustrating for Daniil.

#Medvedev: “I think nationality plays also a key in the support I get or I don’t. When you play someone from another country, crowd goes for them and not for Russia”. pic.twitter.com/aI4ZVXg01m

He did not hold back on his words while criticising the Audience in the interview when he said,

“Before Rafa serves even in the fifth set, there would be somebody, and I would even be surprised, like one guy screaming, C‘mon, Daniil. A thousand people would be like, Tsss, tsss, tsss. That sound. Before my serve, I didn’t hear it. It’s disappointing. It’s disrespectful, it’s disappointing. I’m not sure after 30 years I’m going to want to play tennis,”

“Yeah, again, depends, people around me, what they going to tell me, how we going to go through this journey together. Again, the kid that was dreaming is not anymore in me after today. It will be tougher to continue tennis when it‘s like this,” he concluded