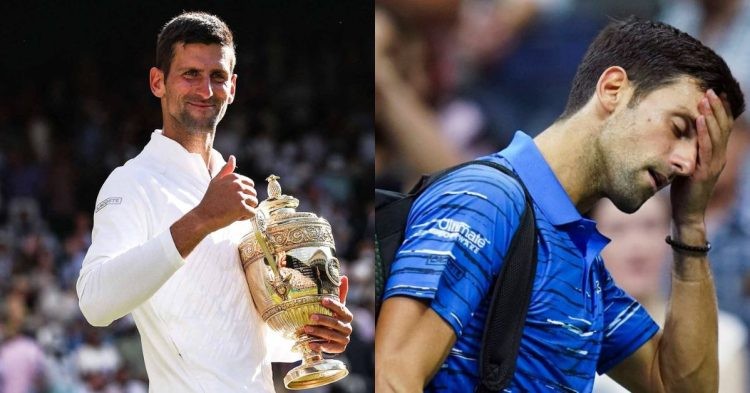 Novak Djokovic recently won Wimbledon by beating Australia’s Nick Kyrgios in the final. It was a fairly easy final for him as he won the match in four sets. It also marked the 7th Wimbledon title and the 21st grand slam title of his career.

Now that Wimbledon is over, the focus will shift to the US Open. It will take place in the first two weeks of September and players will play various tournaments preparing for it. However, it looks like Djokovic won’t be part of the tournament.

Absolute disgrace he is banned from competing at the US Open, depriving Americans of seeing a legend purely due to the political agenda of the Biden administration.

He is yet to take the vaccine and might not take it at all. However, players need to be fully vaccinated at the moment enter the US. As per Mark Conrad, Professor of law & ethics, the policies will not change before the start of the tournament.

Moreover, he said, “I don’t really think there’ll be a lot of sympathy. If there’s an exemption for him, there will be a lot of people saying why should he get that exemption?” If that is the case, then Djokovic will not get a shot at winning a second grand slam this year.

Novak Djokovic positive about participating in the Australian Open

Last year, Djokovic couldn’t participate in the Australian Open as he was not vaccinated. He took a stand and refused to take the vaccine despite getting pressurized from all corners. However, he is hopeful that things will change this time.

Furthermore, he said, “As things stand now, I cannot travel to Australia and the United States, but I am hoping to get positive news. I believe things will change for the Australian Open.” If that is the case, Djoker fans will see their favorite player playing the Australian Open after a long gap.

Djokovic has been firm in his vaccine stance. He feels taking the vaccine is a personal decision and no one should be pressurized to take it unless they are completely sure about it.