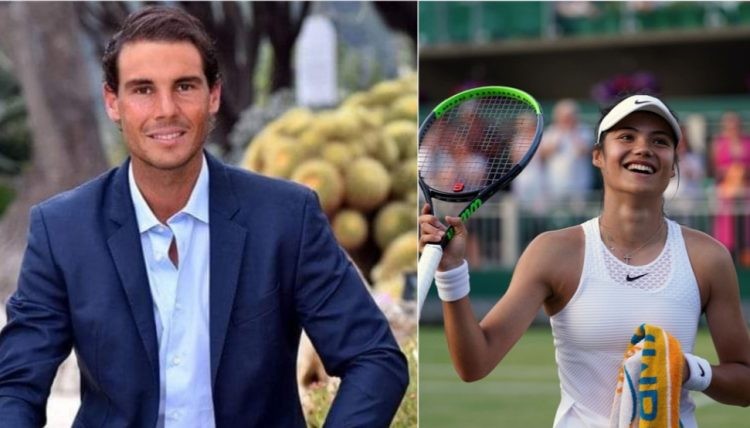 The Excellence in Sports Performance Yearly Awards or ESPY awards are a set of awards given out by the American broadcast network ABC. Before 2020 the awards were broadcasted by the ESPN network. This year Rafael Nadal and Emma Raducanu took home the award for the Best Athlete in men’s and women’s tennis categories respectively.

This is the third ESPY award for Rafael Nadal – who previously won the prize in 2011 and 2014. Several other players were nominated for the same category as the Spaniard. Apart from Rafa, Dylan Alcott who won all four majors plus Paralympic gold in 2021; Carlos Alcaraz – the winner of four titles in 2022, and Canadian tennis star Felix Auger-Aliassime were nominated.

For the British tennis sensation, Emma Raducanu it was her first ESPY award. Ashleigh Barty, the world no.1 who won the Australian Open, Iga Świątek – won six consecutive titles and Leylah Fernandez were the other nominees in the category.

Who has won the most ESPY awards in tennis?

In the men’s category, Rafael Nadal is behind his other two compatriots from the Big 3. The Swiss tennis legend, Roger Federer has won the award 9 times. Winning the title 5 times, the Serb, Novak Djokovic sits just behind Federer.

Federer’s last win of the ESPY award in 2019 caused controversy among players and fans around the world. Roger had not won any Grand Slams that year, however, won the award. Novak Djokovic who was sitting at the top of the ATP rankings for several years lost to Federer due to the Swiss’ popularity.

American tennis superstar, Serena Williams has won the ESPY award the most number of times. Winning it 10 times, she sits above anyone else. Serena is not the only women’s tennis player to win ESPY Awards. Since 1993 Sharapova won it five times, Venus Williams four, Steffi Graf three, and Monica Seles and Lindsay Davenport two each.
Williams has the most ESPY awards by a wide margin, with Maria Sharapova holding only 5. She has also won Best Female Athlete in 2003 and 2013. The American won the Best Female Athlete category in 2016 by defeating several other top players. The list included Breanna Stewart, Elena Delle Donne, Katie Ledecky, and Simone Biles.