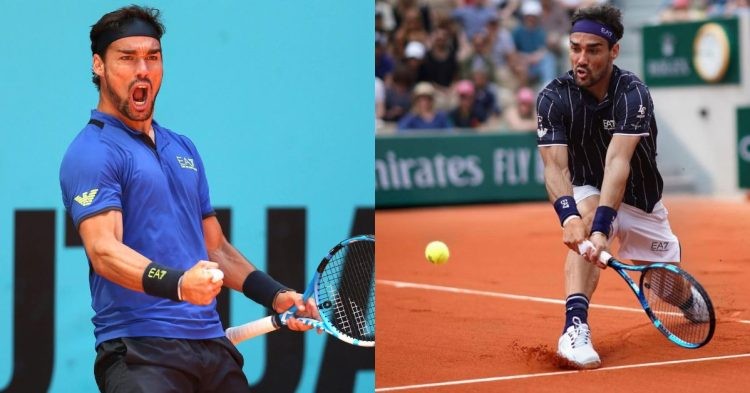 Fabio Fognini has been a professional tennis player for the past 18 years. If not for Federer, Nadal, and Djokovic, he might have won at least one grand slam in his career. During these 18 years, he achieved a career-best rank of number 9 in 2019.

Fognini was born to Silvana and Fulvio in Italy. He represents Italy in tournaments like Davis Cup and the Olympics. His father Fulvio is a businessman and comes from a well-to-do family. On the other hand, his mother is a homemaker. Fognini currently lives in Sanremo, Italy.

The 35-year-old started playing tennis when he was just four years old. After years of practice, he turned professional at the age of 17. Fognini has been a controversial figure in tennis due to his brash behavior. Many believe he never achieved his true potential due to the controversies.

He has been fined multiple times during his career for hurling abuses. As per Sportskeeda. Fognini called the female chair umpire a whore during one of his US Open matches in 2019. He was not only fined but also banned from two grand slams. Several such controversies have brought down Fognini’s career which could have been something big.

How many languages does Fabio Fognini speak?

Fognini goes by the nickname of Fogna. From an early age, Fognini has been traveling around the world to play matches. That is why he knows how to speak four languages. He can fluently speak Italian, English, Spanish, and French.

During the course of his career, Fognini has not won any grand slam in singles. However, he won the Australian Open in 2015 in doubles alongside Simone Bolelli. He plays his best on clay courts and has even beat the King of Clay- Nadal twice on the red court.

As of now, Fognini has won nine ATP titles out of which eight came from clay court tournaments. His most notable title was the 2019 Monte-Carlo Masters. In grand slams, the best Fognini has reached is the quarterfinals of the French Open in 2011.

Fognini has a few more years of tennis left before his retirement. Tennis fans will remember him as the tennis star who never truly became a star due to a lack of control over his own behavior. Young players will look at him as a guide on what not to do.