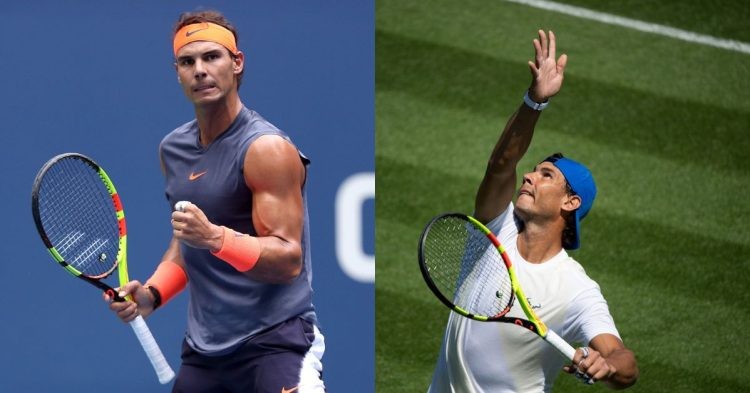 Rafael Nadal is currently undergoing treatment for his chronic foot injury. His participation at the Wimbledon looks doubtful but the Spaniard is leaving no stones unturned to make it to the All England Club. As per the latest update from Nadal himself, there is a strong possibility he will participate in Wimbledon 2022.

After training last week, the 23-time grand slam winner has been able to find his touch. Moreover, he said, “The last week of training tells me there is a chance.”

🗣 @RafaelNadal has The Championships in his sights… #Wimbledon pic.twitter.com/QZVnrIpKvc

Nadal’s inclusion would mean a tougher time for his opponents.

The Spaniard suffers from Muller-Weiss syndrome which affects the bones of his feet. Despite the ailment, he has managed to win the first two grand slams of the year. From the looks of it, he is most likely to play the Wimbledon as well this year.

After his 14th French Open, Nadal underwent radiofrequency ablation treatment. Through this treatment, the nerves are heated to provide relief to long-term pain. After the latest update from Nadal, it looks like the treatment has worked for him.

Nadal played the French Open this year with great difficulty. He took injections to ease his pain after consultations with his doctor. However, some tennis fans are not happy that he is using injections before the match.

I bet with “injections”…. I hope we’re not seeing another Lance Armstrong

One fan compared Nadal to disgraced cyclist Lance Armstrong who was found guilty of doping. Another person tweeted, “Lol.. ‘try to’ ..you will be playing man and you have no foot injury..spare us the ‘modesty’.” Hardcore Nadal fans fought the trolls and called the accusations baseless.

Wimbledon has been the least successful grand slam for Rafael Nadal. He has won it only twice out of his 23 grand slam tally. While Nadal has been in good form this year, his injury has been a matter of major concern.

After the French Open, Nadal revealed playing after taking injections was tough and he wouldn’t want to repeat it for Wimbledon. If the recovery doesn’t go as planned, Nadal would miss the Wimbledon and prepare for the US Open.