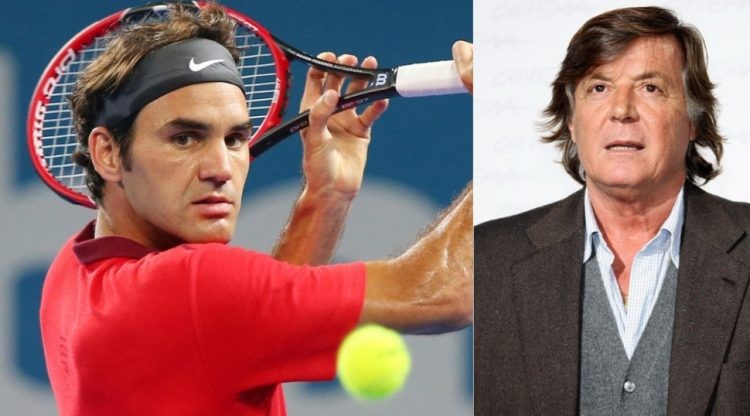 Adriano Panatta, a former Grand Slam winner wants Roger Federer to make a strong comeback to court before retiring. Federer has been side-lined since suffering a straight-sets quarter-final loss to Hubert Hurkacz at Wimbledon in July, 2021. He has played just 13 matches in 2021.

Panatta does not want Roger Federer to suffer the same consequences as Serena Williams, whose comeback was under-whelming. According to Tennisuptodate, Adriano Panatta has spoken to Gazzetta dello Sport about Federer. He said, “Roger Federer is one of the reasons why I continued to love tennis. I wish him happiness, he has an extraordinary career behind him and a wonderful family next to him. There is a time for everything. [But] we have already given up with Serena Williams, I hope not to see a replica.”

The Swiss tennis legend underwent arthroscopic right knee surgeries in February 2020 and May 2020. He has played five tournaments since having those surgeries, all of which came in that season.

Roger Federer underwent two knee surgeries before going under the knife again in the summer. He has not set foot on court since his quarter-final defeat at Wimbledon last year as he underwent knee surgery in August, 2021.

Can Roger Federer make a successful comeback at the 2022 Laver Cup?

Roger Federer has confirmed that he will play at the Laver Cup, which will take place at London’s O2 Arena from September 23-25, 2022. The Laver Cup is a men’s tennis tournament, played between teams from Europe and the rest of the world. This year it will be held on indoor hard courts at The O2 Arena in London, United Kingdom.

The Laver Cup partners with Roger Federer’s management company to organise the prestigious event. The tournament is intended to be the Ryder Cup of the tennis world and is held annually from 2017 (except 2020 – the event got cancelled due to the pandemic). All the editions of the tournament has been won by Team Europe.

There is a chance Federer will return during the 2022 US Open. He said, “I still have to wait a little bit with running. I hope I can increase that more and more over the next few months and hopefully make a comeback in the middle or end of 2022.”

The 2017 edition saw Roger Federer and Rafael Nadal team up to play doubles. The duo beat out Sam Querrey and Jack Sock in an exciting contest. With Federer and Nadal confirming their attendance for this year’s tournament, fans around the world are hoping for another ‘Fedal’ game.

Fans around the world are awaiting to see Roger Federer make a magnificent comeback at the Laver Cup.