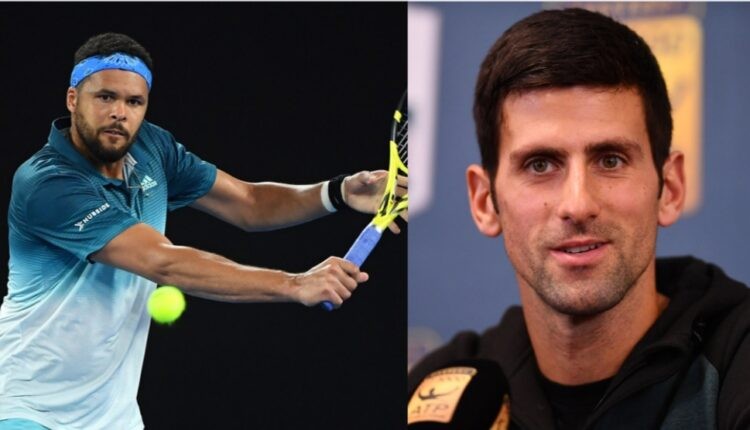 The French Open is played on outdoor clay courts. The tournament is held at the Stade Roland Garros in Paris, France. It began from 22nd May and will go on till 5th June 2022.

Some big names of tennis like Roger Federer, Serena Williams, Andy Murray, Gaël Monfils and Anastasia Pavlyuchenkova are missing from this edition.

The French Open 2022 draw was made on the evening of 19th may, 2022. There were several interesting first round matches. First round match results are as follows:–

In the first round of the French Open at Roland Garros, Naomi Osaka has been knocked out. The Japanese tennis star lost to USA’s Amanda Anisimova 5-7, 4-6 on the Court Suzanne-Lenglen.

Osaka had chances in both sets however, Anisimova did not allow her to dominate. Osaka looked rusty in the first set after committing 17 unforced efforts and producing four double faults.

In her on-court interview Anisimova gave her thoughts on the match. She said, “When you see Naomi Osaka in the first round, you don’t think it’s going to be easy. It was a very tough match. I went out there and knew I had to play good tennis, especially because the conditions weren’t easy. I’m just happy to be back here and through the first round.”

Amanda Anisimova will face Croatian Donna Vekic in the 2nd round. Vekic beat Sweden’s Mirjam Bjorklund in her opener match at Roland Garros.

Defending champion, Novak Djokovic moved past Japan’s Yoshihito Nishioka 6-3, 6-1, 6-0 to advance to the French Open 2nd round. The Serb, needed less than two hours to beat the Japanese world number 99 in his first Grand Slam this year after missing the Australian Open.

Djokovic said, “I have to be pleased with the match. I struggled to adapt in the first set. He is a very quick player. The first set was close but I cruised through the second and third. I always expect the highest for myself but it was a very good start.”

Rallying from two sets down at Roland Garros against Lorenzo Musetti,  Greek tennis player, Stefanos Tsitsipas defeated the Italian 5-7, 4-6, 6-2, 6-3, 6-2 to win at the Philippe-Chatrier arena.

Tsitsipas said, “Once I really found my momentum on the serve, my routines and everything, I knew that it can be a different match. I felt like I was serving better than him, creating more opportunities with my serve, pressing more. It would have been kind of not fair from my perspective to have a different outcome.”

Before the match, Tsonga said that this edition of the clay-court tournament at Roland Garros would be the last in his career. Before the tournament the French tennis association gave wildcard entries to Tsonga and 13 other French players for the Grand Slam. The tennis body wanted to make Tsonga’s last championship a memorable one.

😁 The success of @tsonga7 always left us smiling — join us as we look back at some the best his career had to offer:#RolandGarros

An emotional Jo-Wilfried Tsonga said, “Unfortunately, I didn’t finish the way I want to finish, but I finished on the court, playing like I did all my career, running after the ball. It was emotional for me. And anyway, it’s going to stay a good moment in my head. Yeah, in a way, I finished like I wanted to finish.”