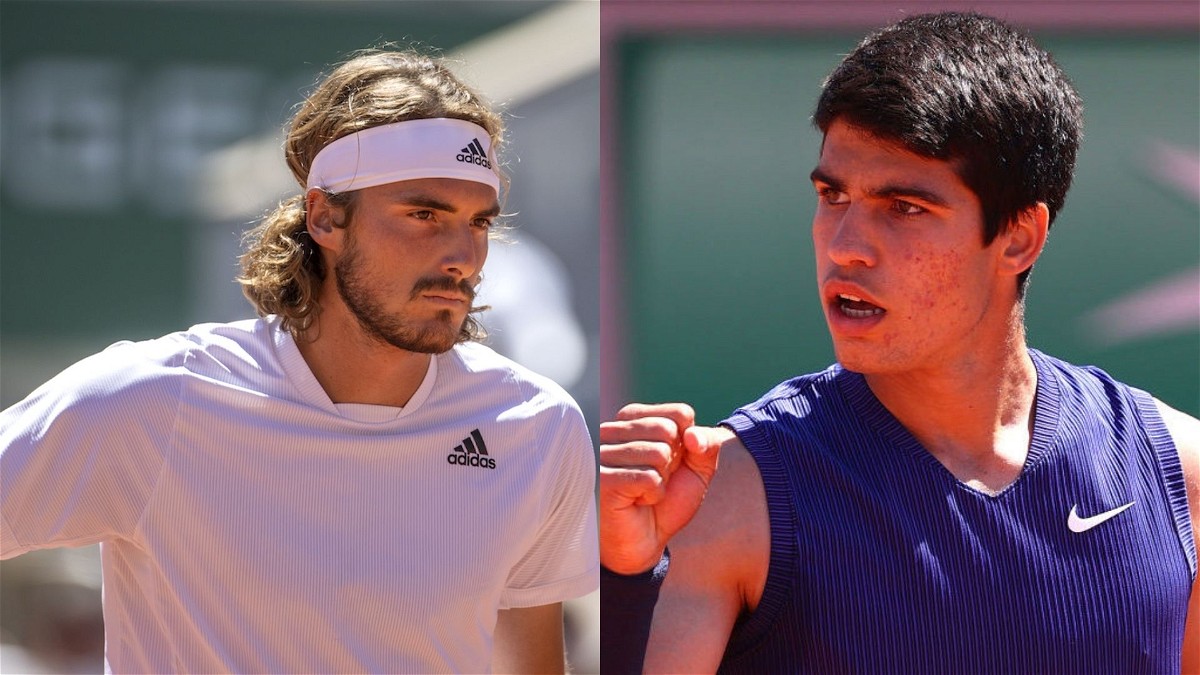 Carlos Alcaraz has advanced to the semi-finals of the ongoing Barcelona Open. In the clay court tournament, the Spaniard defeated the South Korean player Kwon Soon-woo and Jaume Munar of Spain in the first and second rounds.

Alcaraz set up a clash with the World No.3 Stefanos Tsitsipas in the quarter-finals. The youngest Miami Open champion outclassed Tsitsipas in a three-setter game by 6-4, 5-7 and 6-2.

Like many other tennis players in the past, Carlos too slammed Stefanos’ bathroom breaks during the match. Previously, the Greek player has received warnings on the court for taking lengthy bathroom breaks.

Carlos Alcaraz has never seen this kind of bathroom breaks

During the post-match interview, Alcaraz expressed his opinion on the bathroom breaks Stefanos Tsitsipas took in the course of the match. The Spaniard was asked what he thought when his opponent went to the bathroom while playing a set.

Furthermore, when asked if it was a strategic move, the 18-year-old said-“Honestly, yes, I think it was. The bathroom was far away, and he wanted to do the same, stop the rhythm with which he had been leading in the third set and he didn’t succeed, that’s the good thing.”
Stefanos received a warning for time violation and two separate point penalties for taking constant bathroom breaks throughout the match.
Carlos Alcaraz also spoke about how it was to play against Tsitsipas. “I knew that Tsitsipas is a player who finds it harder to run forward than to the sides. I have a very good dropshot. I resolve well if he reaches me. It is a resource that I use a lot and I try to push the player back to be able to make the drop shot,” the young Spanish athlete stated.

Alcaraz will now play against the Australian player Alex de Minaur in the upcoming semi-finals of the Barcelona Open 2022.