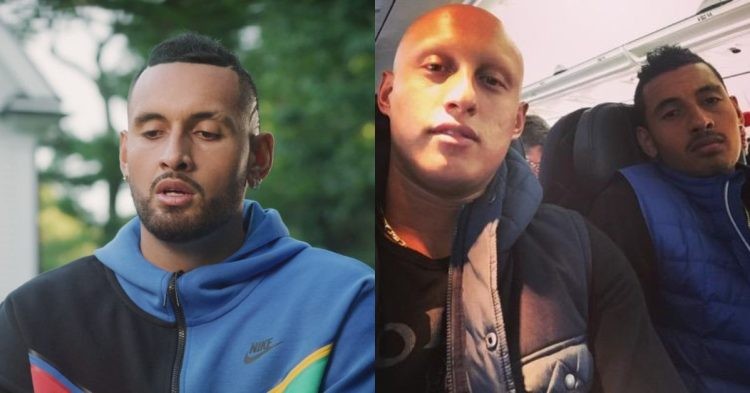 Nick Kyrgios played his first-ever grand slam and Wimbledon final but lost to Novak Djokovic. The tournament was a roller coaster for him as it had many wins and many controversies for him. One thing constant in his matches was the constant talking and arguments with the chair umpire.

Nick Kyrgios’ brother Christos Kyrgios recently talked about his brother’s Wimbledon campaign and defended his behavior. Furthermore, he said, “He wouldn’t be our Nick if he wasn’t fiery during the match, and that’s how he plays, that’s how he gets himself up.”

As per Christos, Kyrgios gains his motivation from engaging with his opponent and the umpire and that is what gets him going. Besides, people also tune in for his matches expecting some drama. Christos continued, “He tries to increase his intensity and whatever else and that’s how he does it, and that’s what we know from him. The fight was there the whole match, the match was incredible.”

Kyrgios has been fined multiple times in the course of this tournament. Moreover, he received one last fine in the final of Wimbledon. At one point, he asked the chair umpire to remove a female spectator as she constantly talked in between serves. He was fined £3,000 for the shouting and swearing in the final.

His first fine came in the first round itself when he spat in the direction of a spectator. That led to a lot of controversy around his on-court behavior and he was finally fined £8,200. His next controversy came in the match against Stefanos Tsitsipas.

Kyrgios demanded a default on Tsitsipas after the Greek player hit the ball into the stands and missed the spectators by a whisker. He kept rambling about the same in between sets and it got to Tsitsipas at one point. He also approached the chair umpire to complain about Kyrgios.