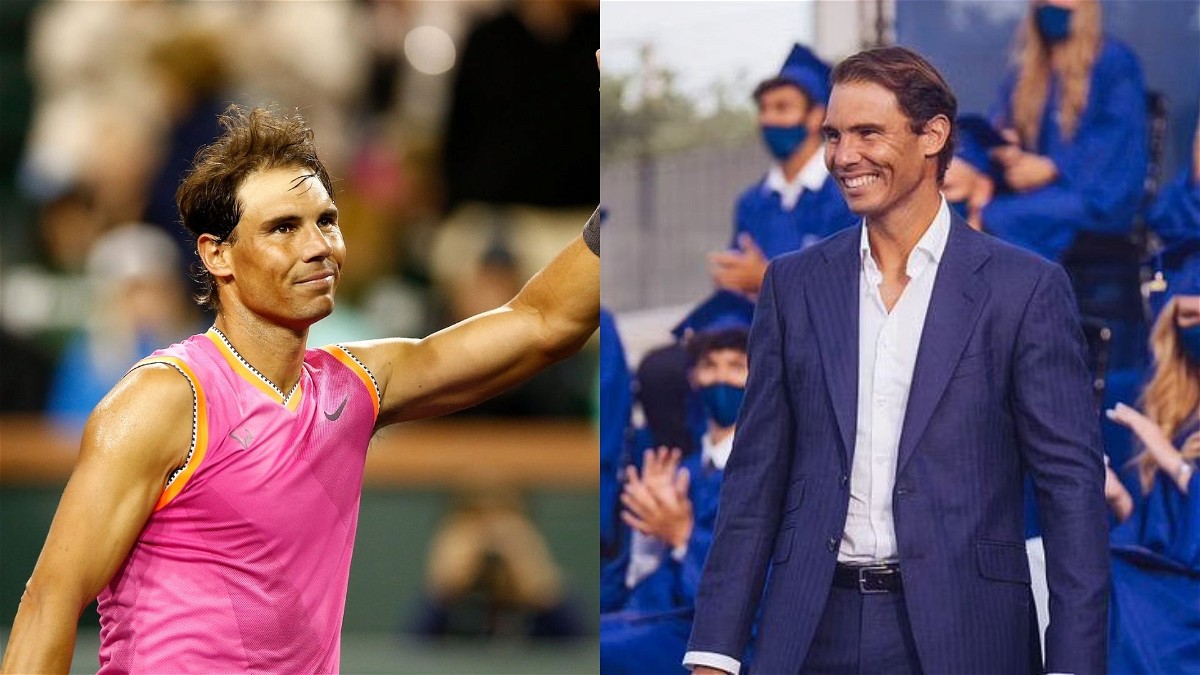 As he is close to returning to the courts, Rafael Nadal is in the spotlight for a project that is close to him personally. Last seen at the Indian Wells Masters 2022 event, the Spaniard joined hands with an educational foundation to launch a sports university in his name.

Nadal recently lost the Indian Wells Open final match to the American player Taylor Fritz. The World No.4 took a break from the tournaments instantly after, to undergo surgery for his stress fracture in the rib area. After over a month of being on the road to recovery, Rafael is all set to make a comeback at the Madrid Open this month.

The 35-year-old already owns and runs a sports centre primarily consisting of the Rafa Nadal Tennis Academy. Situated in Mallorca of Spain, the centre constitutes a museum, sports residence, health clinic, and  fitness centre among other things which have been running officially since 2016.

Rafael Nadal has taken another big step towards enhancing the game of tennis and sports in general by establishing his own sports university. The Spaniard is doing so in partnership with the Alfonso X el Sabio University, a private educational institution in Spain.

Nadal took to his Instagram page to share the news of the launch with the pictures of him at the event. Rafael captioned the pictures- “Today we have presented in Madrid a very important project for me. I am especially excited to join the Alfonso X el Sabio University. Training and education facilitate and help improve the future of young people, which is why the foundations of UAX Rafa Nadal Sports University are to work with young people, giving them the necessary tools through education, health and sports.”

Furthermore, Rafael recently confirmed his comeback to the tournaments via Twitter. The King of clay-court is looking forward to playing in his home country although it might be difficult for him just yet.

“Despite arriving just before preparation and being difficult, I really want to play and play at home since the opportunities are few. To try to do it in the best possible way  See you in Madrid,” Nadal stated in his tweet a few days ago.

With the qualifying round having come to an end in the Madrid Open, the competition to reach the ATP 1000 event title will commence on 3rd May for the Men’s singles category.