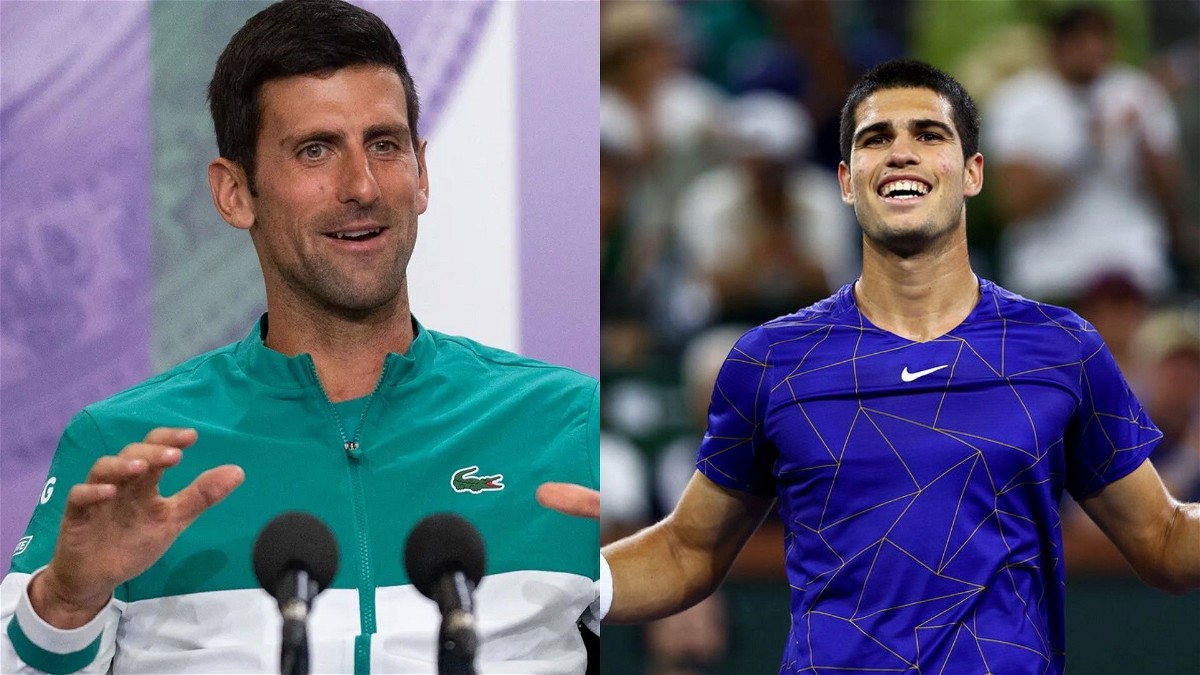 .Not long ago, Carlos Alcaraz Garfia clinched the Miami Open 2022, becoming the youngest to win the ATP tournament. Having turned professional in 2018, Alcaraz has won three titles to date. His latest conquests being this year’s Miami Open and Rio de Janeiro Open, Carlos first  secured a tennis championship last year at the Croatia Open.

Currently, World No.11, the 18-year-old Spaniard defeated the Norwegian player Casper Ruud in the Miami Open finals. Carlos outplayed Ruud in straight sets of 7-5 and 6-4 in the finals earlier this month. This accomplishment gathered praises and glory across the tennis fraternity. Few among them are Austrian champion Dominic Thiem, Rafael Nadal and others.

The latest player to join the list is Novak Djokovic who commended Carlos Alcaraz for his recent achievements and game.

Novak Djokovic thinks that Alcaraz is a ‘complete player’

Applauding the rising Spanish tennis player, Djokovic spoke about his opinion of Carlos Alcaraz and his game.

In the interview, Novak stated– “Fantastic news for tennis world as we have a new superstar like Alcaraz. I don’t know him that well, I’ve never practiced or played with him, but he has a reputation as a very nice guy, very respectful, and he gets along very well with all the players, with me, of course as well.”

The World No.1 added that he has seen the Spaniard play in tournaments and describes him to be ‘very nice.’  Djokovic mentioned he has known Alcaraz’s coach Ferrero for quite some time as well.

Furthermore, Djokovic elucidated- “You know, everyone was expecting him to clinch one of the bigger trophies on clay because that was so far his most successful surface but he did it on the hard court in Miami in a style that is so impressive. You know, I wish him all the best and I think it’s great for our sport that we have another big star.”

Novak Djokovic is all set to play against Davidovich Fokina(Spain) in his first round at the Monte Carlo Masters 2022. Whereas, Carlos Alcaraz will clash with Sebastian Korda of the USA.

Moreover, the 18-year-old Spaniard even expressed his wish to play against Djokovic in the quarter-finals of the ongoing ATP 1000 event in a recent interview.