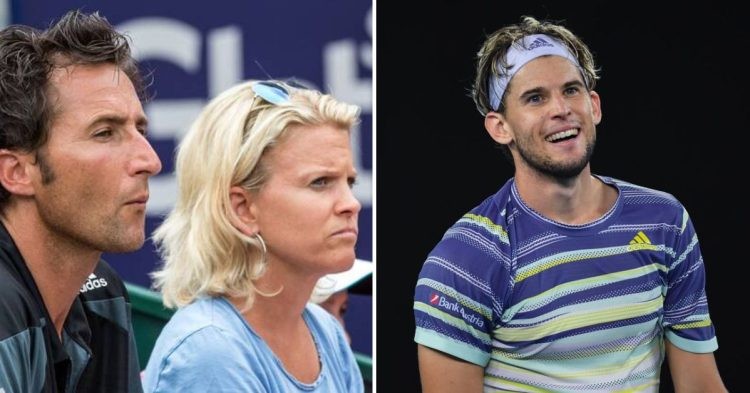 Dominic Thiem is one of those rare players who has managed to win a grand slam in the era of Roger Federer, Rafael Nadal, and Novak Djokovic. He won the US Open in 2020 after losing in three grand slam finals in the past. One of the biggest reasons for his success at this level is his parents.

Thiem showed signs of a tennis prodigy when he played at the junior level. It became evident that he would go a long way after competing at the professional level. One thing that worked in Thiem’s favor was that both his parents were tennis coaches.

In 1997, Wolfgang got into Günter Bresnik’s academy as a coach. That allowed Thiem the necessary exposure to make it big in tennis. Bresnik himself started coaching Thiem when he was nine years old. His father’s job helped him to train under Bresnik and that eventually made him the player that he is today.

In the past, Thiem’s father Wolfgang had revealed that he and Karin had a hard time meeting Thiem’s tennis-related expenses. In fact, he even said it once that he felt pity for parents and children who are just starting out in the journey of trying to make it big in tennis.

Furthermore, he said at that time, “When I meet parents whose children are at the beginning of their career, I feel sorry for them. They do not know what to expect. You just have no idea how much it costs.” However, Wolfgang has previously emphasized in a video that every parent should support their kid’s dream no matter what.

Thiem’s parents realized early on that their son had the potential to have a professional career in tennis. Keeping that in mind, they decided to drop him out of school at a young age. Wolfgang was convinced that both couldn’t be done together.

Moreover, he said, “A tennis career and school are incompatible. The school system does not allow a tennis career. The people in charge have no idea how time-consuming it is.” Their decision to go all in couldn’t have turned out better. Thiem is yet to unlock his full potential. When he does that, tennis fans will see him winning many more grand slams.