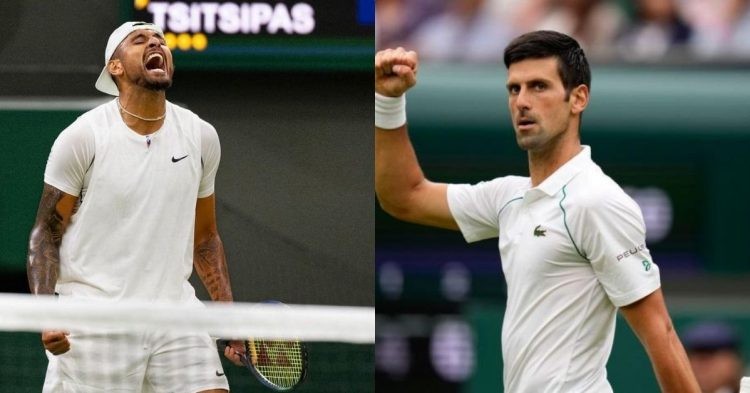 Novak Djokovic and Nick Kyrgios will play the final of men’s singles at Wimbledon. After two weeks of intense tennis and some drama, it all boils down to these two gentlemen. The iconic Wimbledon trophy is not the only attractive aspect of the final. Huge prize money is also at stake and there is a substantial difference between the prize money of the winner and the runner-up.

As per the data available in MarketWatch, the winner of the final match will earn $2.5 million. Djokovic, the winner of Wimbledon 2021 won $2.1 million last year. Therefore, you can see the prize money has increased compared to last year. Considering the humungous amount at stake, it is tough for players to ignore it.

The runner-up also wins a substantial amount if after losing the final. The player on the losing side of the final will earn $1.3 million. It is again an increase compared to last year. It is fair to say that the prize money will be an added motivation for the two players.

For all those who aren’t aware, the finalists are not the only ones earning money at Wimbledon. There is a fixed prize at every round and a player earns that amount if they make it to that round. Djokovic and Kyrgios’ prize money for coming as the winner and runner-up is over and above what they have earned by advancing from one round to another.

Every player who wins the first round will earn $61,000. You will earn an additional $96,000 if you make it to the first round. The prize money per round keeps increasing as you make it from one round to another. Djokovic and Kyrgios won $147,000 each when they won their second-round match and advanced to the third round.

The prize money increases to $233,000 for the fourth round and $380,000 if you reach the quarterfinal of the tournament. Finally, Kyrgios and Djokovic earned a whopping $636,000 when they made it to the semifinal. However, the training and dedication of the players have always been for the trophy and not for the prize money. Who takes home the winning cheque will depend on the final match.