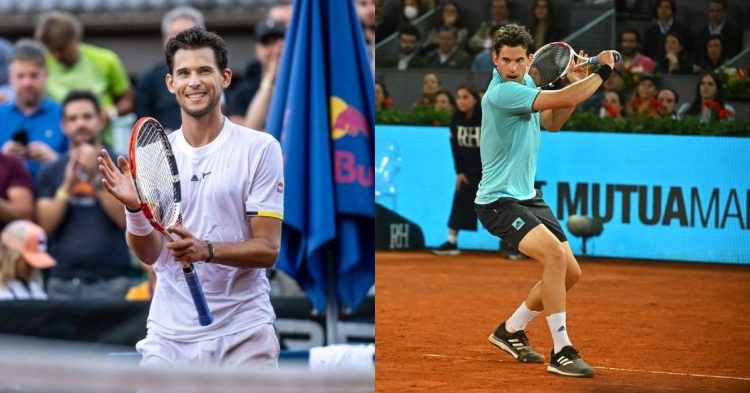 Austria’s Dominic Thiem advanced to the quarterfinals of the Swedish Open after winning his second-round match against Roberto Bautista Agut 7-6(7-5) 3-6 6-4. Thiem, who is currently ranked 339 in the world beat Bautista who is ranked 20th at the moment.

After struggling in the first half of 2021, Thiem suffered a wrist injury in the Mallorca Open and withdrew from the remainder of the 2021 season. Even after returning in March this year, he crashed out of most tournaments in the first round itself.

However, it looks like Thiem has finally found his groove back at the Swedish Open with two back-to-back wins. He said, “I beat [Emil] Ruusuvuori and today I beat Bautista Agut. Two really top opponents, so if I can beat them I am definitely back, I am into the quarters of a really strong tournament, so I am happy.”

The first half of 2022 saw Thiem playing underconfident tennis. That is also why he crashed out of tournaments like the French Open in the first round in straight sets. However, he has now admitted that he is feeling confident after winning two matches against top-ranked players at the Swedish Open.

Furthermore, he said, “The win against Emil gave me confidence that I can compete against the best players in the world and today against Roberto. He is always such a tough opponent. I was expecting and hoping it would be a close match. Then when I won the first set in the tie-break I said ‘Hey, I can win today.'”

DOMINIC THIEM IS BACK!!!

The Austrian defeats Bautista Agut in Bastad R2 and reaches his first QFs after 14 months:

Last week, Thiem won his first-round match in Salzburg but crashed out in the second round of the tournament. It was his first win after a gap of more than one year. However, he has managed to turn things around in his favor.

With the US Open coming in the next few months, Thiem has the opportunity to capitalize on these wins and work his way up. He still has a long way to go but the Swedish Open is a good start.