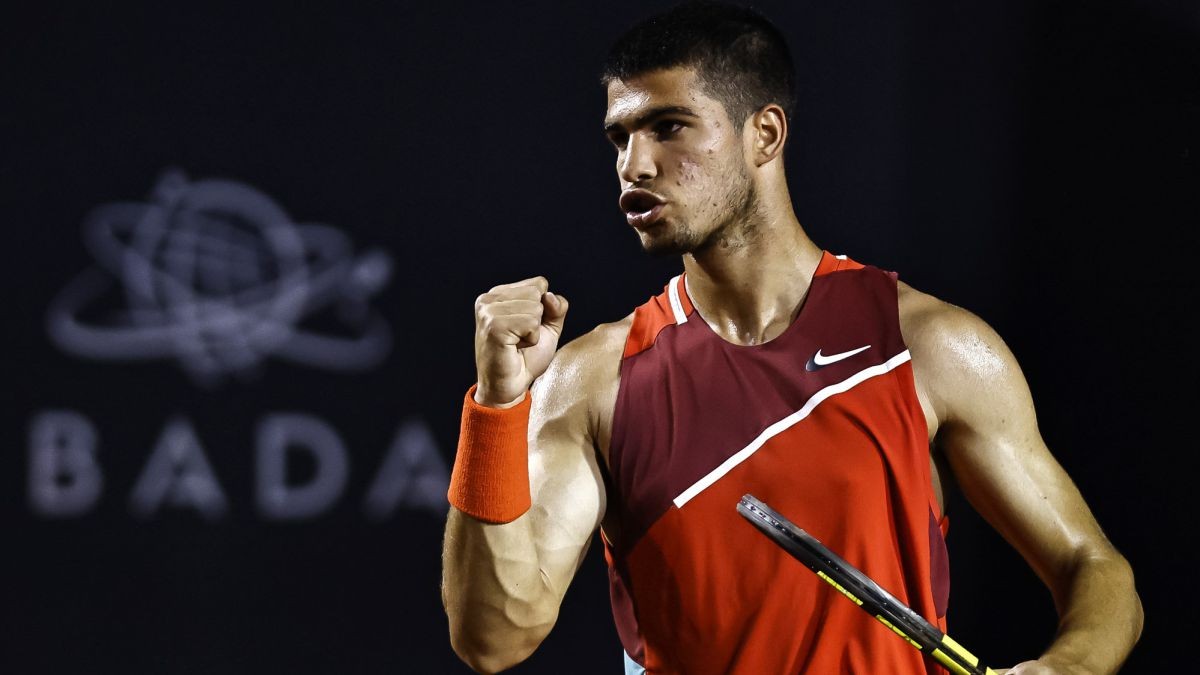 Carlos Alcaraz made his debut and won in an ATP tour match in the Rio Open when he was 16 years old. Now exactly two years later, the Spaniard has become the youngest ever player to be the ATP Champion since the ATP-500 category was created in 2009.

It was a glorious moment for Alcaraz as he won his first-ever title in the ATP-500 category. Carlos Alcaraz who was a seventh seeder coming into this tournament won by defeating the third-seeded Diego Schwartzman with a 6-4, 6-2 score to clinch the title.

The Rio Open title would add on to become Carlos’ second overall ATP tour title after he won in Umag in 2021. He was very happy to win the game and in the post-match interviews said,

“I can’t believe it, honestly. It has been a great week for me playing a great level,”

“First tournament on clay for a long time, so I’m really happy with the performance during the whole week. It’s an amazing feeling right now.”

It was clear since the beginning of the match that Carlos was in his mojo and had caught up with the rhythm pretty early into the match as compared to Diego. Carlos was consistent throughout the game as he went on to win five out of the six breakpoints.

He was constantly putting pressure on Diego to commit a mistake in order for him to capitalise on that. Carlos Alcaraz seemed pretty confident after the match where he said,

“I know how Diego plays and this was really important for me.”

With the win over Diego Schwartzman who is currently the world number 14, Carlos is set to be promoted in his ATP rankings.

From the style of play, it has been made clear that the Spaniard is championship material and there is no doubt that he would be fighting for Grand Slam titles in the near future.