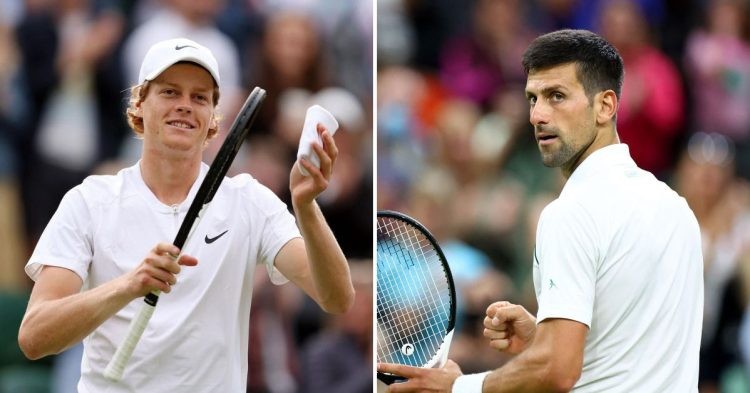 Jannik Sinner is one of the upcoming young players in tennis who has the potential to become the next Federer or Djokovic. At 20 years, he almost managed to beat Novak Djokovic in Wimbledon this year. After winning the first two sets against Djokovic, the match took a complete turn as Djokovic came from behind to win the next three sets.

After feeling dejected for days, Sinner finally changed his perspective on the loss. He focussed on the positives instead of looking at the negatives. As per Sportskeeda, he said, “I think about it, of course, and after a few days of bad temper, I tried to look at the positive side.”

As per Sinner, he forced the Serbian to take his game to the maximum level. He said, “Nole had to raise the level to the maximum, otherwise, it would have ended differently.” To be two sets up against Djokovic on grass is a big deal and it only shows the potential of Sinner.

Sinner was very close to ending Djokovic’s winning streak at Wimbledon. However, Djokovic motivated himself and pushed Sinner to a point where his game finally collapsed. However, Sinner still doesn’t feel his game collapsed in the quarterfinal.

Moreover, he said, “In the end, it almost seems that I have collapsed, but no, it is he who has taken me to another dimension. I thought back to the defeat to Djokovic that I didn’t collapse, but he entered another dimension.”

With the US Open coming up, Sinner is confident about going all the way in the tournament. He said, “I’m growing up. And in New York, I want to go all the way.” People’s expectations of him have also gone up ever since his Wimbledon performance.

Sinner definitely has the potential to take over the baton from the big three and move tennis forward. However, it will take a lot of hard work and it looks like he is willing to put the effort.