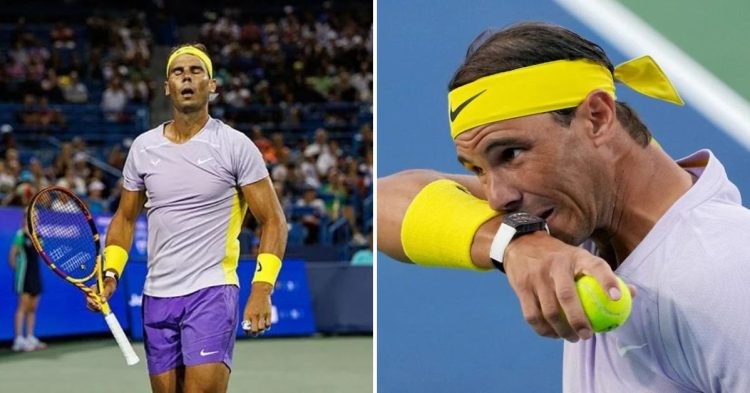 Rafael Nadal confirmed his participation in the Cincinnati Masters at the last minute to leave everyone by surprise. However, his campaign got cut short when he lost to Borna Coric in the first round. Nadal had earlier given a miss to the Canadian Open due to the abdominal injury he suffered during Wimbledon.

Nadal’s opponent Coric was making a comeback after more than a year. He had been out due to a shoulder injury and has always been a headache for Nadal. In the five matches they have played, Coric leads Nadal 3-2. Coric played extremely well to defeat Nadal 7-6 (9), 4-6, 6-3 to make it to the next round.

After winning the match, Coric said, “I was out for the last two years. I didn’t play on the big stage and in front of a big crowd. I was honestly just looking forward to playing this match, as I hadn’t had that in the last two years. Now obviously that I’ve won, it’s just, yeah, kind of crazy, I would say.”

Rafael Nadal admits not playing his best against Borna Coric

After losing the match, Nadal was quick to admit that he did not play his best game and was right in losing the match. Nadal has always struggled at Cincinnati and it was no different this time around as well. As per Tennis.com, he said, “Well, obviously, I didn’t play my best match. Something that can happen. Yeah, historically this tournament has been difficult for me.”

While Nadal was not at his best, Coric played an amazing game especially after a long break to beat the Spaniard. Therefore, Nadal did not shy away from giving credit to Coric for making an incredible comeback.

Moreover, the 22-time grand slam champion said, “So coming back from a tough period of time, something easy to accept and easy to say congrats to Borna that he played better. That’s it. Just well done to him.”

Nadal will look back at this game and come back stronger for the US Open. Now that he is out of the tournament, he can focus on completely recovering from his abdominal injury. With Djokovic not playing the tournament, Nadal has a big shot at winning his 23rd grand slam.