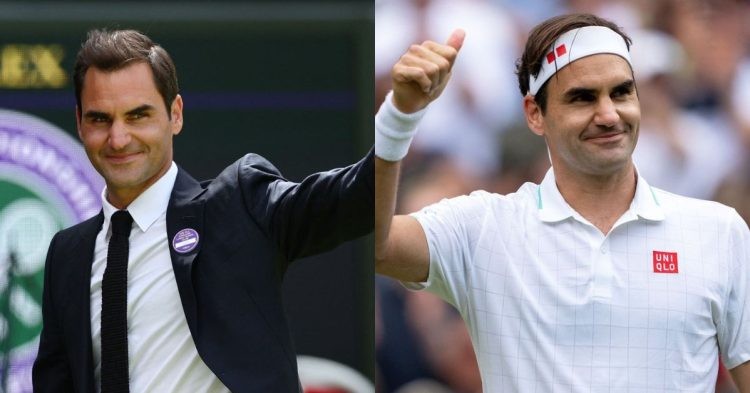 Tennis legend Roger Federer has been away from the court for almost a year now. A knee injury sidelined him and he has been recovering ever since. However, it looks like the Swiss legend is not very keen on returning to court. In a recent interview, he dropped hints on retirement and what he plans to do in the future.

The Gentleman of tennis, Roger Federer, may have hinted at his retirement and we would be so sad to see him leave the game 🎾https://t.co/jUFKBscCjR

Furthermore, he said, “I don’t think I need the tennis. I am happy with the little things, like when my son does something right and when my daughter comes home with a good grade.” All the Federer fans will be heartbroken after hearing this statement from Federer.

As per Federer, one should stop if he isn’t competitive in the game. That is when he plans to hang up his racquet as well. He said, “I am a winner lover, but if you’re not competitive anymore, then it’s better to stop.” Fans will hope to see Federer playing in some grand slam one last time before he decides to retire from the sport.

Roger Federer wants to focus on his businesses

One might imagine what Federer will do once his tennis career comes to an end. Apart from playing flawless tennis, the 40-year-old is also an excellent entrepreneur.

Moreover, the 20-time grand slam winner said, “Tennis is part of, but not my entire identity. I want to be and remain successful, and put a lot of energy into business – probably give more than I should sometimes, but that can also be done outside of sports.”

As per Sportco, Federer owns many businesses and he hopes to build them post his retirement. He owns a player-management agency called TEAM8 that has signed players like Coco Gauff. He is also a shareholder and partner of the Swiss-sneaker brand On. He is not only its brand ambassador but also contributes to the design of the shoes.

No one has contributed to tennis like the way Federer has. Leaving aside the grand slam race with Nadal and Djokovic, Federer brings much to the table. The number of viewers that tune in to see him is more than any other player. That is also why this year’s Wimbledon got less viewership than the previous one. Therefore, Federer’s retirement will not only be a heartbreak for his fans but it will also be a loss for the sport of tennis.