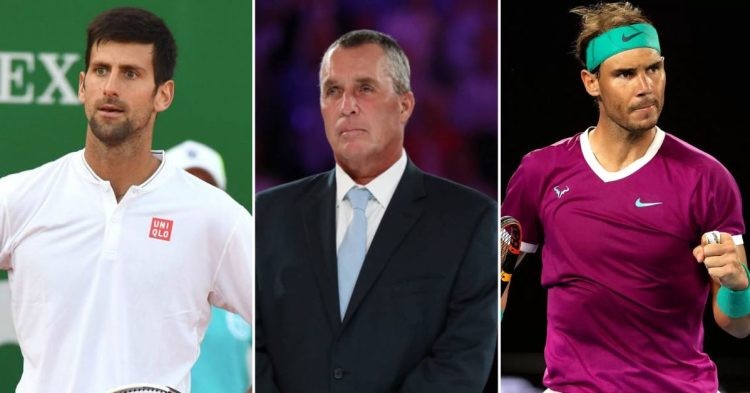 At present, the race for most grand slams is heating up between Novak Djokovic and Rafael Nadal. Federer seems out of the race considering he has not played in a year and is the oldest among the three. Rafael Nadal currently stands at 22 grand slams while Djokovic is at 21.

Tennis legend Ivan Lendl recently talked about the same and expressed concerns regarding the politicization of the sport. Australian Open has been Djokovic’s most successful grand slam so far but he couldn’t play the tournament this year due to his vaccination status. Interestingly, Nadal won the tournament which has been the weakest grand slam of his career.

Lendl is worried that the race between Djokovic and Nadal might not give a clear result due to the involvement of such politics. He said, “The only thing I regret a little bit is that the fight is somehow affected by politics at the moment because of the vaccination issue. I only hope that in 20 years we won’t look at it through that prism, that we won’t be sure who is the greatest because of politics.”

Ivan Lendl weighs in on the GOAT debate amid vaccine controversy

Djokovic will further miss the US Open as he has still not taken the vaccine and has made it clear that he wouldn’t take it in the future as well. However, Nadal will be playing the tournament and aiming for his 23rd grand slam. As per Lendl, if Djokovic overtakes Nadal despite all these obstacles, he will clearly be the greatest of all time.

However, if Nadal finishes ahead of Djokovic, there will still be ambiguity regarding who the greatest player is in the history of tennis. This is because Djokovic missed two grand slams which included the Australian Open.

As per Tennis 365, Lendl said, “If Novak wins the most Grand Slams despite that, I think we will have an answer. If Rafa wins one more title, I think he will have to answer the question about the vaccination and the fact that Novak could not play. And I don’t think that’s fair.”

With the US Open coming up, Nadal is the clear favorite. With Djokovic out of the equation, Nadal has the golden opportunity to extend the gap to two grand slams. Djokovic will have to wait patiently till the Australian Open to close in on the gap.

Kamaru Usman’s Brother Mohammed Usman Recalls the Tragic Death of His Four Year Old Son Nash, Says He Fights in the Cage for His Son