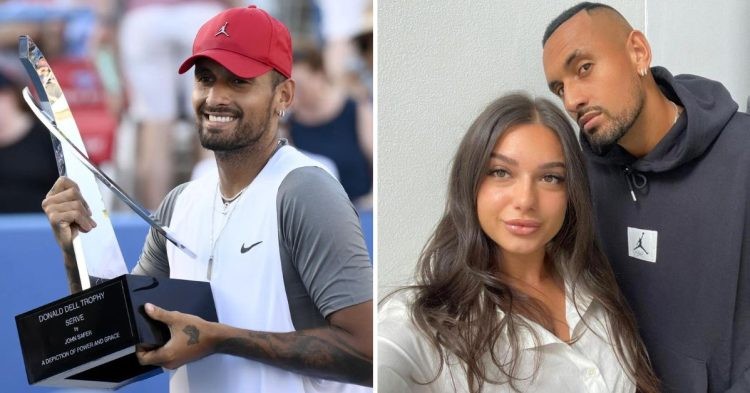 Nick Kyrgios was facing a title drought for the past three years and it looked like his time in tennis was over. However, something about his performance this season felt like he would break his title drought. The feeling grew bigger when he made it to the final of Wimbledon this year.

Ahead of the US Open, he participated in the Citi Open and won the tournament to mark his first title in three years. He played Yoshihito Nishioka in the final and won the match comfortably in straight sets. Kyrgios has also mentioned in repeatedly that he has been feeling great about his tennis lately.

The title win helped Kyrgios in moving up the ladder in the ATP rankings. Before going into the tournament, he was ranked 63. However, after winning the tournament, Kyrgios jumped 26 places to move to 37. His ranking would have been better had he got the points for his Wimbledon performance as well.

Nick Kyrgios feels he has become older and more mature

In his post-match interview, Kyrgios talked about how he is more motivated than ever to play and win tournaments. He credited his girlfriend Costeen Hatzi for the renewed motivation he has found for tennis.

As per Sportskeeda, he said, “I have a partner with me now I see a future with and I kind of see that I have to provide for. So I feel like my motivation is a lot higher than it used to be.”

Moreover, he also thinks he has become older and wiser which has helped him in his game. Maturity over time has helped in taking the game more seriously. With his girlfriend in the picture now, he wants to improve and provide for her.

He further said, “Honestly, I feel as if I’m a lot older, a lot more mature, and I feel like when you get older, you realize you shouldn’t be taking these things for granted, the way you’re feeling, the way your body feels.” Krygios will now play the Canadian Open to get himself warmed up before the US Open.