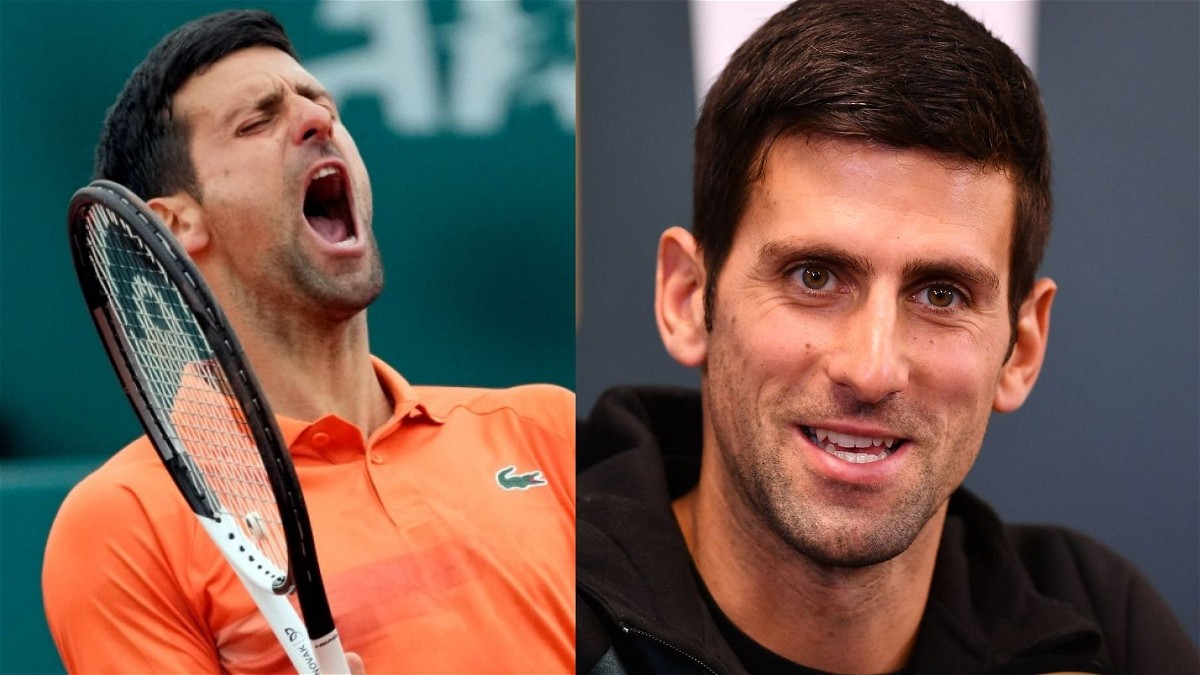 Making a great comeback Novak Djokovic has advanced into the semi-finals of the Serbia Open 2022. The Serbian champion sailed past Laslo Đere and Miomir Kecmanović in his first two rounds to reach the pre-final round of the ATP 250 tournament.

Although Djokovic has moved on from his Australian Open debacle and has made comebacks at a few tennis championships, he has not really been his best. In the Dubai Tennis Championships, Novak was ousted in the quarter-finals. Whereas in the Monte Carlo Masters, he lost in the very first round to Davidovich Fokina.

During the post-match press conference, Novak was asked about his discipline and what it took to stay in form after being away for a while. Djokovic responded- “I can speak generally but I can also speak from a perspective of a 35-year-old. Every stage of your career, especially after playing for 20 years on the tour, has its differences. In terms of how you approach it mentally.”

Further, speaking about the changes he’s gone through, the World No.1 shares- “My life has changed so much in past 10 years, and my body as well. So, I’ve to understand these changes, and what I’m going through, figure out the biology.”

Djokovic also spoke about how he deals with these changes. “Constantly strategize, organize and plan with my team, that helps me to peak at the right time and to compete with the young guys. And you know for me age is just a number and sincerely feel younger than 35.”

Novak says that he has developed certain adaptability over the years with respect to the tennis schedule. The Serbian athlete added that he cannot play the full tennis season now, as opposed to a few years ago. “So I have to prioritize certain events. And I’ve to strategically approach preparation for those events where I want to peak,” stated Djokovic.

The World No.1 spoke about his mentality of winning every match he plays and how he feels strange to lose matches in a row, as he was lucky to play consistently well throughout.

While discipline which was referred to earlier should always be there, Novak feels that commitment, drive and devotion are also equally important. He concluded his answer by saying that he is happy with the way his career is going now.

Speaking about his first match at the Serbia Open against Đere, Novak Djokovic says-“Generally I felt better than I did yesterday. Gamewise, I took it up a level or two.”

The 35-year-old added that he uses the chances that come up. He admitted that he was pleased to end the match in such a style.

Referring to the long three-setter games he played with the two opponents, Novak stated- “Physically I managed to push through again another two and a half hour match. Physical, a lot of rallies. I’m happy with the way I’m feeling, I’m not too tired.”

In addition, Djokovic shared how he figured out his opponent Kecmanović’s game in the quarter-finals of the ATP 250 tournament as he gained the momentum.

Novak will be facing Karen Khachanov in the upcoming semi-finals of the Serbia Open which is scheduled to be played on 23rd April.