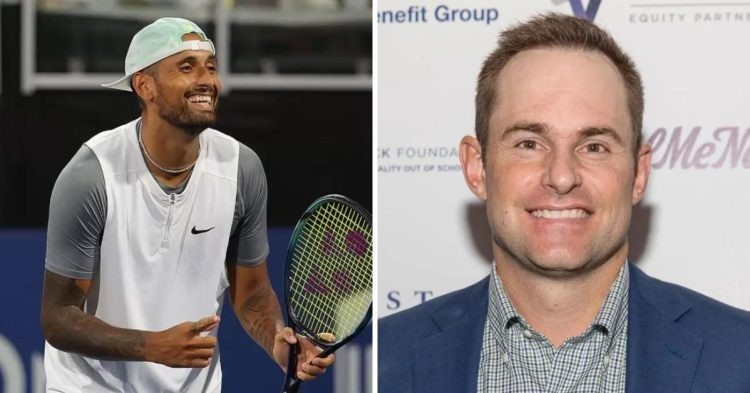 Andy Roddick has had a pretty successful career to know a thing or two about tennis. At present, the most exciting player in tennis is undoubtedly Australia’s Nick Kyrgios. He is in great form and even Roddick has acknowledged that Kyrgios is currently at another level.

His first win over a current World No. 1 in 8️⃣ years 🙌

His statement is not an exaggeration as Kyrgios is currently playing in the Canadian Open coming fresh from his Citi Open triumph. Even at the Canadian Open, Kyrgios beat world number one Daniil Medvedev in the second round to make it to the next round. One must not forget that he also reached the final of Wimbledon this year.

As per Tennis World, Roddick showered praise on Kyrgios and said, “Listen, if we’re just going on balls and strikes here, Kyrgios is playing at a completely other level. He has options, right. We are talking about is he gonna come in non-stop, is he gonna stay back.”

Kyrgios will face fellow Australian Alex de Minaur in the next round of the Canadian Open. The two are friends and it might be hard for them to play against each other. Even Roddick had a similar view when he said, “Aussie on Aussie, sometimes it’s weird when you play your friends.”

Roddick now has a lot of faith in Kyrgios and is rooting for him. He feels Kyrgios can beat anyone at the moment and is betting his money on him. Furthermore, he said, “I don’t know but I have a hard time betting against Nick Kyrgios right now. I actually have faith in him staying the course for the first time ever.”