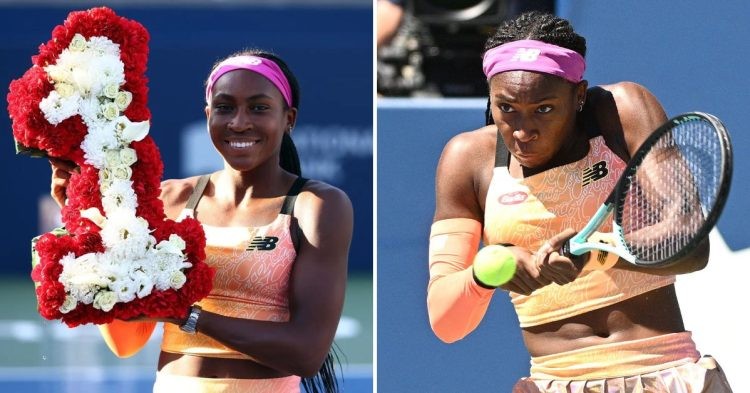 Coco Gauff is only 18 years old and is already making waves in tennis. At such a young age, she will rise to number one in the WTA doubles rankings. Gauff has been actively playing in doubles while making a name for herself in singles as well.

Gauff rose to the number one position after she won the WTA 1000 title at the Canadian Open in Toronto in the doubles section. She paired with Jessica Pegula to lift the coveted trophy. The two played against American-Australian pair Nicole Melichar-Martinez and Ellen Perez in the final and won the match in straight sets.

🇺🇸 duo @CocoGauff and @JLPegula capture thier second doubles title together with victory at the #NBO22! pic.twitter.com/6LhHAFzmxJ

The win in Toronto is Gauff’s second WTA 1000 title in the past 12 months. The first one was in Doha and Pegula was her partner in that tournament as well. Gauff came short of winning two doubles grand slams as she reached the final of the US Open last year with Caty McNally and French Open this year with Pegula.

During the post-match interview, Gauff admitted that she did not know she was close to becoming the number one in doubles until her partner told her a day before the final. Even after winning the tournament, Gauff couldn’t believe the feat she had achieved.

As per WTA, she said, “Being No.1 is pretty cool. I have no words. … I didn’t really know it was coming this week and what I had to do. But [Pegula] told me yesterday.”

Gauff further went on to reveal that she had no idea growing up as a kid that there were separate rankings for singles and doubles. She said, “As a kid, I’m going to be honest with you, I didn’t even know there was separate rankings for singles and doubles. But when I got on tour and when I realized I could do well in doubles.”

Despite so much success in doubles, Gauff’s priority lies in singles. She knows she has the potential to make it big and is giving her best to realize it. The US Open will be another big test for Gauff to prove that she can be a big player in singles as well.