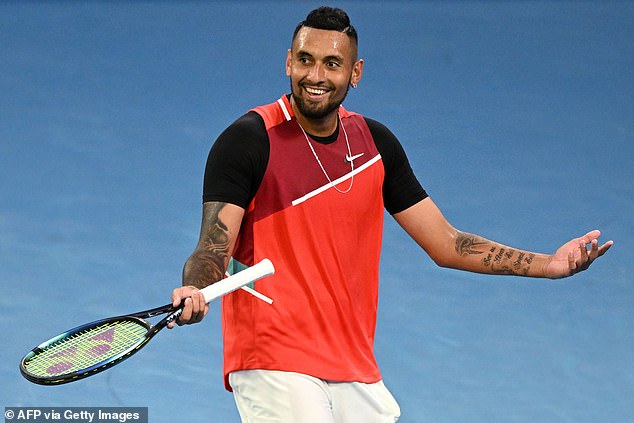 Nick Kyrgios won the exciting first-round clash against Britain’s Liam Broady in an entertaining manner. Nick’s participation in the Australian Open was in doubt after he contracted the COVID-19 Virus. However, luckily he recovered and confirmed his participation in the Australian Open. Nick being typical Nick entertained the fans by firing an underarm tweener serve against Liam Broady and also impersonated the iconic celebration of Cristiano Ronaldo by doing the “Suii”.

Nick Kyrgios had been in doubt for the tournament after contracting the COVID-19 Virus. He had also withdrawn from the Melbourne ATP-250 Tournament after contracting a mystery illness. Post which he also tested positive for the Corona Virus but he luckily recovered and was set to face the British Liam Broady in the first round seeds. Nick Kyrgios participated and won in the first round in a classic and a dominating way by defeating the Brit by 2-0. He was playing in the John Cain Arena which apparently is Nick’s favourite arena to play in. After his win in the First Round, Nick is set to face the Russian Rising World Number 2 Daniil Medvedev who is currently in Red Hot Form and has won straight 8 titles. 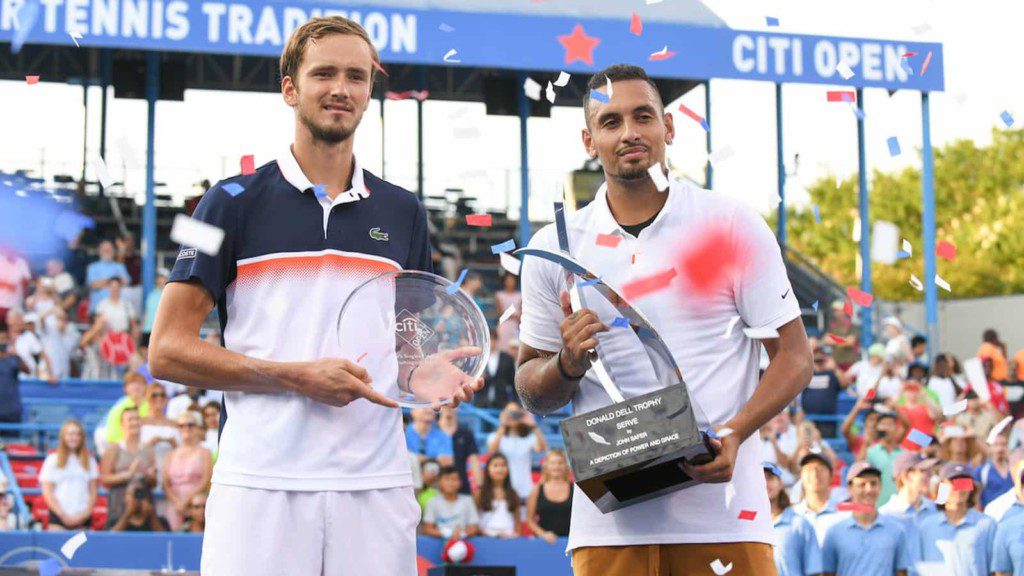 Daniil is currently the favourite to win the Australian Open, and Nick is set to disturb his ninth straight open title aspiration. Nick Kyrgios has previously reached the quarter-finals in the Australian Open 2021. Nick has an eccentric way of playing and his playstyle is also in complete contrast to the World Number 2 Daniil Medvedev which would only make this clash only more exciting. Nick has in various instances spoken highly for Medvedev, he said

“I mean obviously [Alexander] Zverev – he’ll obviously be good. [Stefanos] Tsitsipas, I mean pretty much all the guys in the top, 10 I guess.”

Which player is going to win this mouth-watering clash, only time will tell.