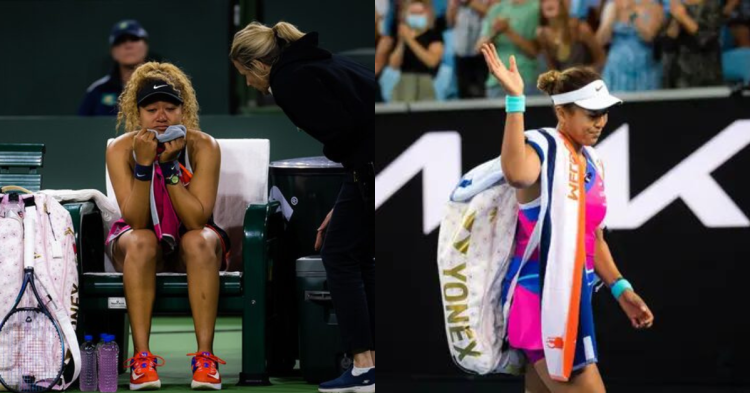 Naomi Osaka has been struggling this season and has not been able to play to her potential. The Japanese star player couldn’t leave a mark in the Australian Open and failed to defend her title. The former world number one is currently ranked 43rd in the world and that says a lot about her current form. Her current form and injury have certainly ruled her out as the favorite for the Wimbledon this year. While she still has a lot of tennis left in her, 2022 will certainly go down as a year to forget and move on.

Before the run-up to the recently concluded French Open, Naomi injured herself during the Madrid Open. She even withdrew from the Italian Open citing Achilles injury as the reason for the same. Moreover, she said, “I need to be careful, especially in advance of Roland Garros.” Unfortunately, the injury ruined her momentum as she crashed out of the French Open in the first round itself. She lost the match to Amanda Anisimova in straight sets.

Here’s me running on a underwater treadmill because my Achilles is being stubborn still 😬 I must be aging or something. pic.twitter.com/vjEIvnxZxX

In a recent tweet, the two-time grand slam winner gave an update on her injury. She shared a video of running the treadmill underwater as part of the recovery process. She even joked that the reason for the slow recovery was her aging body. Fans have commented on the tweet wishing her a speedy recovery. Moreover, the update from her end has given some relief to her fans who are desperately rooting for her to get back in form and in shape before the Wimbledon.

Naomi’s slump in form has not been very recent and she has been struggling to win games ever since the last French Open. Her third-round defeat in the Tokyo Olympics last year was another red flag. She opened up about her mental health issues at that time and even shared on how it has affected her game for the worse. Naomi even took some time off from the court to recoup mentally. While her mental struggle has been a work-in-progress, she has not been able to replicate her form ever since.