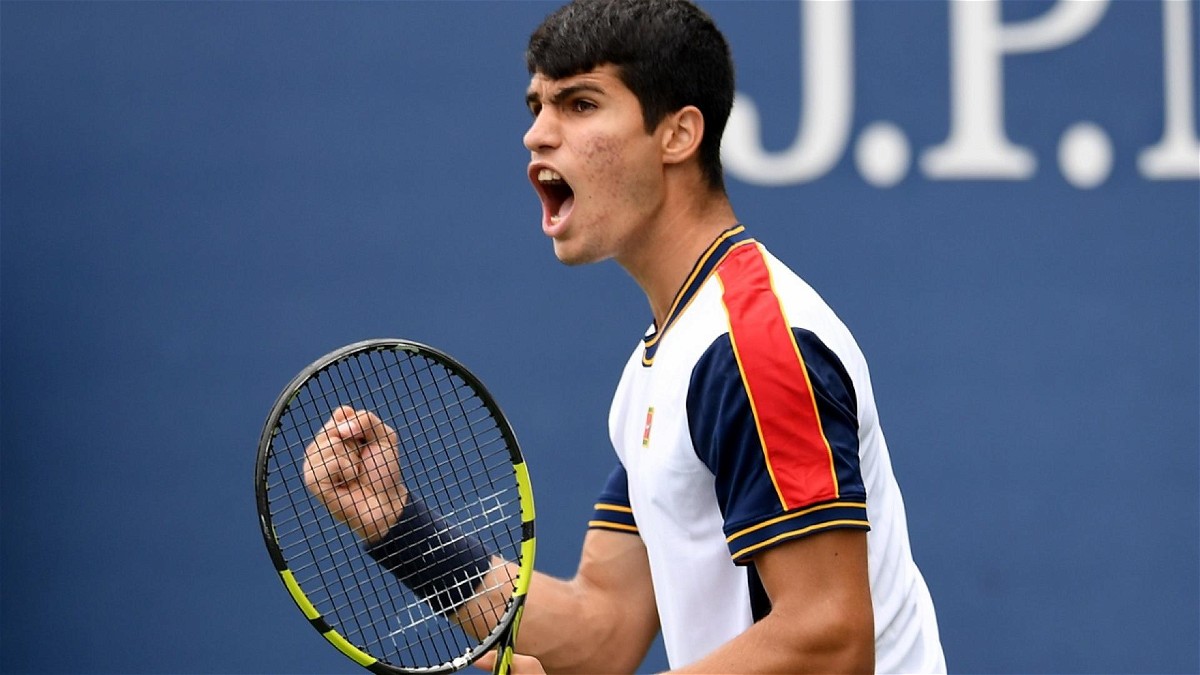 He is even compared by the current tennis legend Rafael Nadal, on which he had to say,

“If the people compare you with Rafa, it means you are doing the correct things. I’m trying not to think about it, and just following my way,” he said. “I want the people to know me as Carlos Alcaraz, that’s it.”

“First-year on the ATP tour, I had to learn from the best tennis players in the world like Rafa, Zverev. I had great memories, great matches and moments,” Alcaraz added. “I learned a lot and enjoyed every moment.”

Carlos Alcatraz in the Australian Open

Carlos Alcaraz faced Alejandro Tabilo from Chile in his first-round fixtures which he won in quite a dominating manner. After the confidence he gained from his win in the first round, he was facing a charged up Dusan Lajovic in the second round of the Australian Open. Carlos won against Dusan in Straight Sets to earn a name for himself in the Third Round Fixtures. Carlos Alcaraz in his bid to have a good Australian Open has impressed a lot of eminent tennis personalities including Naomi Osaka and the coach of Serena Williams, Patrick. Naomi Osaka appreciated the forehand of Carlos, she said

Osaka is also a fan of Carlos Alcaraz. “I really like watching him. Like his forehand”. pic.twitter.com/4RQ02TnMfH

Patrick Mouratoglou, coach of Serena Williams pointed out the impressive physique of the Spaniard by tweeting,

“In this world, Carlos Alcaraz besides being a hell of a player is much more muscular! Impressive!”

The prototype of the modern tennis champion’s body is very tall and very thin: Medvedev, Zverev, Tsitsipas, Sinner, Auger Alliassime, Hurkacz…
In this world, Carlos Alcaraz besides being a hell of a player is much more muscular! Impressive! pic.twitter.com/qafTBG7YXs