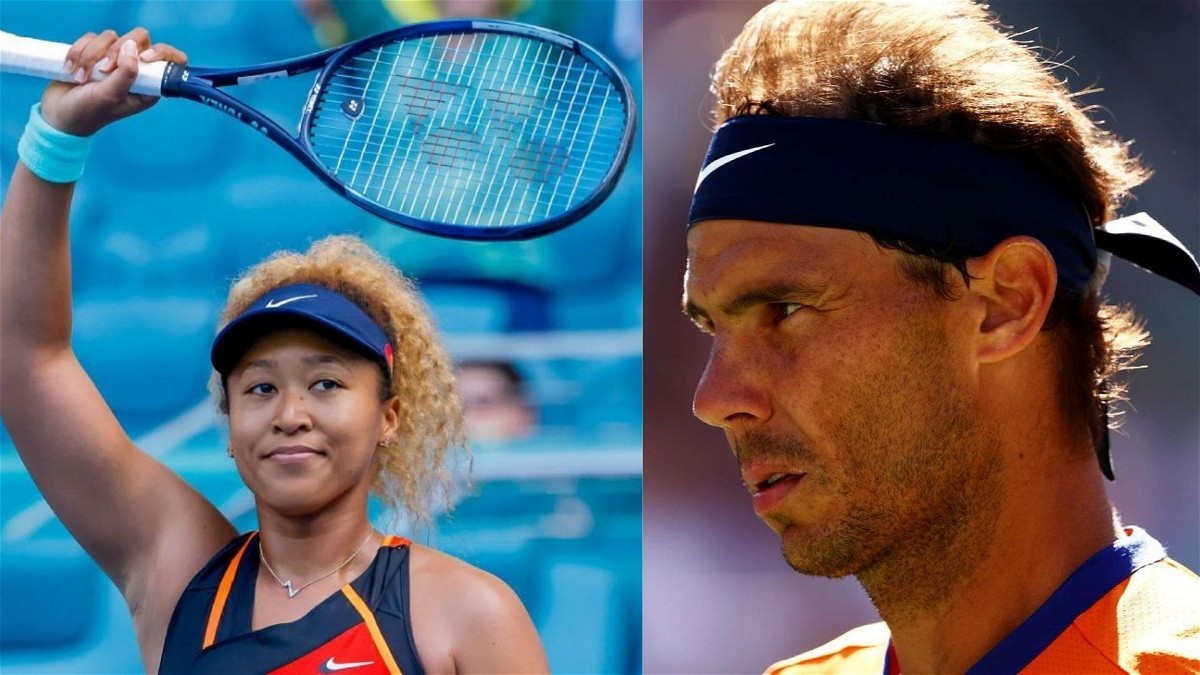 Rafael Nadal’s reputation precedes him at least according to Naomi Osaka, especially with the onset of the clay season to come. ‘King of Clay’, as he is rightly referred to due to his sheer dominance on the clay court. Taking all of these into consideration, it is no big surprise that a lot of players consider taking Nadal’s approach and technique while playing on a clay court.

Former world number 1, Naomi Osaka is just among one those players who have taken a piece of Rafael Nadal’s technique in order to get the best out of the upcoming clay season and specifically the Madrid Open.

It is worth noting the fact that Naomi has never won a clay title. The last tournament Naomi participated in was the Miami Open, in which she lost in the finals against World No.1 Iga.

This goes without saying that Naomi Osaka is preparing herself to have the best possible outcome out of the upcoming clay season starting with the Madrid Open.

Rafael Nadal or the king of clay has a record 13 French Open titles to his name and no wonder a lot of tennis stars look up to his technique to get used to the clay court. Naomi Osaka in an interview stated,

“I think I stole one of the things that he (Rafael Nadal) did and I’ve been practising it recently,”

“It’ll either go really good or really bad. There’s like no in between. But I think as I’ve been doing it, it’s been going pretty well.”

“Honestly I’ve been wanting to watch the really good clay-court players practice because I feel like I’m the type of person that learns really fast if I see it up close and honestly it’s a bit of a waste to have all these really good professional tennis players and not watch them.”

“I’m going to watch a lot of Nadal videos to see how he moves,”

Naomi Osaka is set to make her fourth Madrid Open appearance and never has she ever won this particular tournament. The Madrid Open would serve as an excellent platform to practice for the upcoming Rolland Garros which would also be played on a clay court.